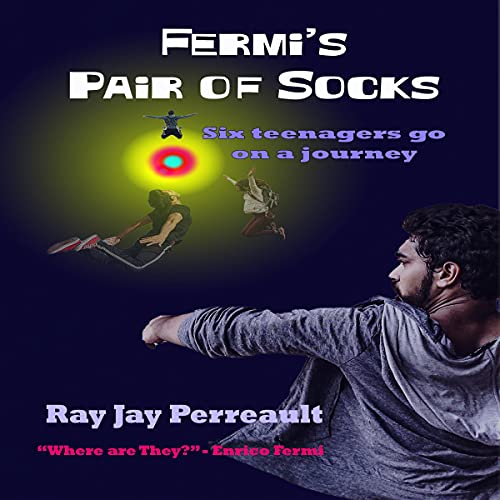 Enrico Fermi asked the question, "If there are aliens, where are they?"

Six teenagers are taken on a journey to experience answers to Fermi's paradox, then they learned that their future has changed.

Fermi was one of the original designers of the Atomic Bomb during the Second World War. He asked the question, “Where is everybody?” referencing the fact that if the Universe is vast, and it has so many habitable planets, then why we haven’t seen evidence of intelligent life. If they’re out there, we should have seen some indication. Six teenagers from different parts of the world are taken on a journey by an omnipotent being name AllOne. They don’t know why, and they don’t know if it will end. Each experience alien lives, loves, and loss. Slowly they understand the reason for the journey. As the journey ends, AllOne tells them why they were chosen.

What listeners say about Fermi's Pair of Socks

Needs a rewrite and a new narrator

Chapters 1-6 should be deleted and replaced with a single chapter that introduces the characters with ONE excursion. Replace military references with the correct nomenclature. No one says "One star General" The Colonel was passed over and will have to retire at 30 years. Area 51 is the usual nomenclature for extraterrestrial issues and personnel. Unfortunately the author does not have an appropriate voice for narration. Correction of these issues would significantly raise the review ratings since the premise is good. BTW - 2 stars was generous