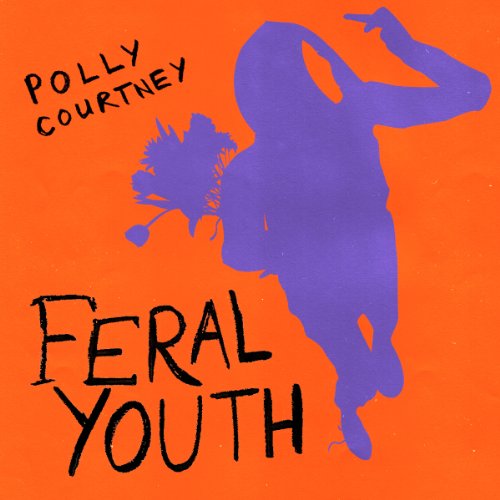 By: Polly Courtney
Narrated by: Deanna Rodger
Try for £0.00

The truth is, it ain't just a race thing. They talk like it is, but really and truly it's black against white, young against old, authorities against the rest. It's countless of things. There's bare reasons for feeling vexed right now.

Growing up on a south London estate and excluded from every school that would take her, Alesha is the poster girl for the nation's 'feral youth'. When a young teacher makes an unexpected reappearance in the 15-year-old's life, opening the door to a world of salaries, pianos and middle-class housemates, Alesha's instinct is to pull up her hood and return to the streets. But fuelled by a need to survive, she falls into a cycle of crime, violence and drug-dealing, her one true ally deserting her when she needs him most. While everyone around her is rallying against the authorities in a war of haves and have-nots, Alesha finds herself caught in the crossfire, inextricably linked to the people she is trying to fight against. Can she see a way out? And as riots sweep the nation, whose side will she take?

"A breakthrough book… Alesha is compelling, even loveable. In the choices she has to make, she raises some uncomfortable questions about this abandoned generation of poor, semi-literate, 'feral' youth." (Independent on Sunday)
“Feral Youth is one of the best books I’ve read in a long time. Emotionally charged throughout I instantly felt a connection to the disenfranchised protagonist.” (Creative Bloc)
“If you want to understand why so many young people took to the streets two summers ago, read this book.” (Sonya Thomas, Reading the Riots)
“Feral Youth is as compelling as it is horrifying. It lifts the lid on the lives of marginalised young people that the media demonises and the rest of us prefer to ignore.” (Fiona Bawdon, journalist)
“Courtney’s latest book gives an insight into the young lives of generation recession, revealing the riots as inevitable and a long-time-coming.” (The Student Journals)

What listeners say about Feral Youth

Should be essential reading for all politicians

Really enjoyed the book. Finished it in less than a day!!From a social point of view it is in my opinion an accurate description of the of the 'have and have nots'. As a story it is well written, original and well read.

Which character – as performed by Deanna Rodger – was your favourite?

Was not sure about choosing the book- I work with young people and I like to listen to books that can be uplifting and I wasn't expecting this to be.

Life through a different lens , through the eyes of a young person life as she experienced it great to listen to.

The material of the book was wonderful, very educational for me and very gripping. And Deanna Rodger reads it marvellously - it must be the best reading of any Audible book I've bought.

Alesha. It is not often you fall so much in love with a character, but Alesha is complex and brilliantly formed and is the kind of character that you miss and worry about when you're not reading the book.

There's nothing jolly in this book but many scenes were gripping.

Dark emotions - it was frightening, worrying, riveting. Possibly there could have been more moments of humour juxtaposed with the grit, because in some books the comic relief can be welcome but can also heighten the drama either side of it.

It has made me think about our society differently, about the London riots, about different moral values. It's the kind of book you think about for a long, long time after reading.

That's how it all kicked off

Would you consider the audio edition of Feral Youth to be better than the print version?

I haven't read the print version but I really enjoyed the audiobook. The narration is brilliant and the story is just so real and honest. I utterly enjoyed this audiobook.

What was one of the most memorable moments of Feral Youth?

What does Deanna Rodger bring to the story that you wouldn’t experience if you had only read the book?

The language. Even though the book is written in English the kids nowadays speak a different language. The narration is really authentic and it makes you feel like you're out on the streets of South London.

This audiobook made me realise! It made me realise that the world we live in is not as bright and shiny for all of us, it's actually pretty gloomy for people who're not as fortunate as the majority of us.

Feral Youth is a brilliant book! The narration is brilliant and totally authentic (even though it took me a few chapters to learn the language and understand what she was saying). Feral Youth makes one understand how the riots in London could happen.

the actor, hands down. I read the book to 67% then saw it was released. She brought the book alive in so many ways. She nailed it, not only with Alisha's voice but with the rest of the cast. At times it almost sounded poetic.

Have you listened to any of Deanna Rodger’s other performances? How does this one compare?

I haven't yet, but I will when I can find them.

This is a special book. There are some books out there that have been described as genre defining. I have now learnt what that means. In fact, I’d go as far to say that Polly Courtney has invented a new genre, ‘Lit Grit’. The research and interviews that Courtney must have done for this book have certainly paid off. I’m so pleased that this author has gone back to her roots and written a damn good novel based on facts and lives that she's gone out and found.

The voice of Aleisha will stay with me. Her life and that of the others on her estate is something that we don't get to see much of here in Northamptonshire, but knowing there are such struggles going on in the UK will make me look at the policies of the political parties more carefully next time we go to vote.

I've learnt alot from this book, it's also confirmed to me that, Courtney, left to her own devices, can write a bloody good story.


I bought this in paperback and once I’d finished the audiobook came out, so I got that and listened to it again, the actor reading the book is fantastic.


Thanks for the Journey.

Must read of the year...

I'd recommend this book to everyone. Would recommend as compulsory text book for English Lit curriculum. Gave me great insight into a world I know very little about. If you know anyone on the margins of society, disenfranchised youth, mentally ill, drug users, it speaks all of their stories.
Incredibly well researched, cannot belief it was written by a white middle class woman, well done you Polly.

As an almost docu-drama of life leading up to the London riots, all the characters are brilliant. They challenged me, and took me way beyond my comfort zone, and allowed me to dis all the stereotypes the media would have us believe.

Everything - the narration made it REAL...

The language is wonderful...

At last someone has really said it

Would you listen to Feral Youth again? Why?

It was highligted sugguest to me on Audiable. I wanted to hear a story from my own youthful background and the sypnoises explained this.

Which character – as performed by Deanna Rodger – was your favourite?

When she was raped and how she kept inside until she felt she had nothng else to lose.

Anyone whom did not understand the reasons of Riots in 2011 should read this.