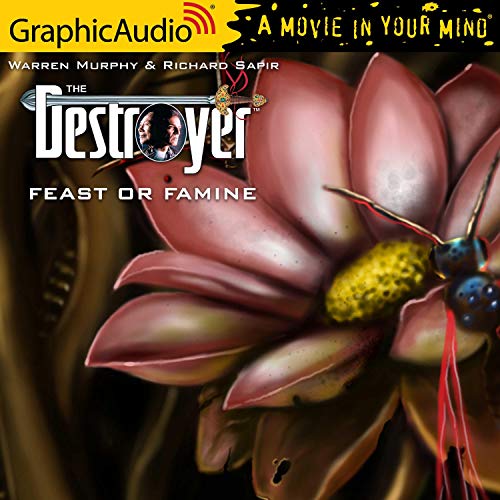 Invisible swarms of insects are on the rampage, heading toward America's heartland. Immune to pesticides, the creatures are consuming farms, leveling wheat and cornfields. On the frontlines, Remo and the Master of Sinanju face not only the insurgent insects, but the Iowa Disorganized Militia - convinced this pestilence is actually a government conspiracy.

Is the insect kingdom mobilizing to reclaim the planet...or is something entirely different behind it all? Unless the Destroyer can combat this disaster, a whole nation may start dropping like flies.

What listeners say about Feast or Famine