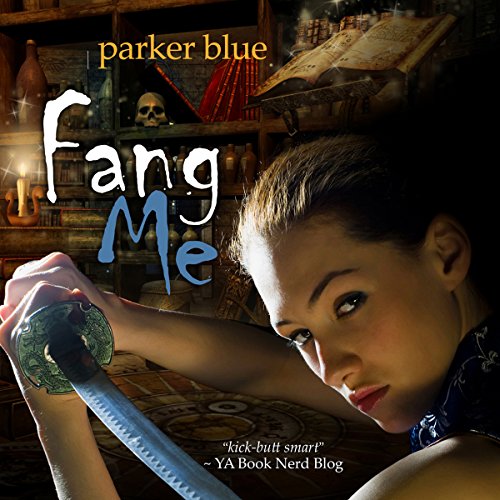 By: Parker Blue
Narrated by: Mare Trevathan
Try for £0.00

The vampires want it. The demons want it, too. And someone is willing to kill Val for it.

Val and Fang have to find the powerful Encyclopedia Magicka before either of San Antonio's warring underworld factions locate it or the consequences will be deadly for the entire city. As usual, Val's vampire enemies (they still call her The Slayer) want her dead. Even some of her fellow demons may be less than trustworthy, since they'd like to grab the legendary book of spells before she does. Val has a personal claim to the Encyclopedia - her demon father left it to her when he died - but someone stole it recently. And that can't be good.

Battling vamps and dodging demons, Val struggles to unravel the mystery and find the thief. At the same time, she's fighting her attraction to sweet, sexy Shade - her favorite shadow demon. Rumor has it that Val will lose her part-demon, vampire-fighting powers if she gives herself to him.

With a crowd of vamps and demons out to trick her or kill her, it's not a good time for her to risk her job as the city's best vampire hunter by falling in love. The stakes are high and aimed right at her heart. But Lola, Val's hungry little lust demon, doesn't like being denied. Will Lola finally get her way?

What's a part-lust-demon-teen supposed to do? Whatever it takes.

What listeners say about Fang Me

And The Story Continues.

I am very glad that a came across this series. Still it is best listening to each Audible in succession.
Once again Mare Trevathan does a simply amazing job on characters she voices in this story.
C Wright
somewhere in the hills of Northern California.