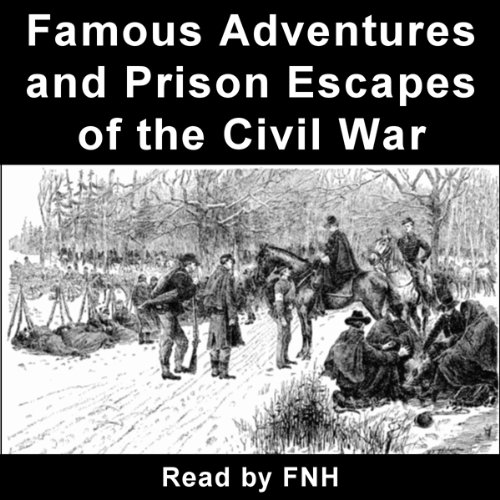 Famous Adventures and Prison Escapes of the Civil War

This collection of narratives, all told by people who were actually part of the American Civil War, was first published in 1885 and was received very well by the public, who caused it to have a further five reprints during the next few years. You'll hear about a number of famous escapades that took place during the Civil War, from a civilian with Unionist sympathies but living in the South, through to the unparalleled locomotive chase that inspired Buster Keaton's all time classic silent movie The General. You'll also hear stories of capture, escape, recapture and final breaks for freedom. Then, in the tradition of The Great Escape, you'll hear about a tunnel to freedom that allowed 79 men to escape their enemy captors. If you like true life adventures, then this book is for you.

Dont waste your time - even if its on sale

A really poor reader who mispronounced American words, made it all the more difficult to get through. I guess he is English. Anyway, it a compilation of 100 year old works written after the US Civil War in the vernacular of the time.