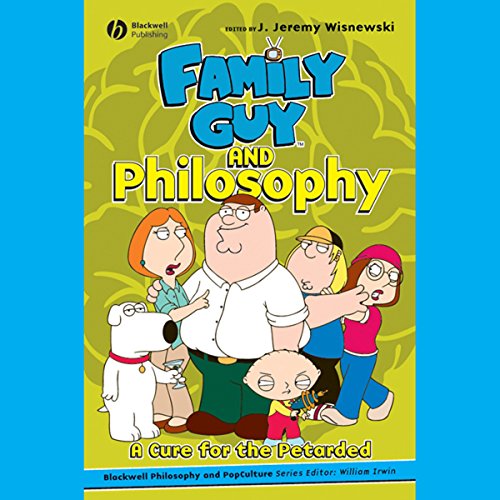 A Cure for the Petarded
By: J. Jeremy Wisnewski
Narrated by: Bill DeWees
Length: 7 hrs and 55 mins
Categories: Non-fiction, Philosophy
4 out of 5 stars 3.9 (8 ratings)

Family Guy and Philosophy brings together low-brow, potty-mouthed, cartoon humor and high-brow philosophical reflection to deliver an outrageously hilarious and clever exploration of one of TVs most unrelenting families. (Okay, its not that high-brow.)

A sharp, witty, and absurd exploration of one of television's most unrelenting families and one of the biggest-selling TV series ever on DVD, now in its fourth season, this audiobook: