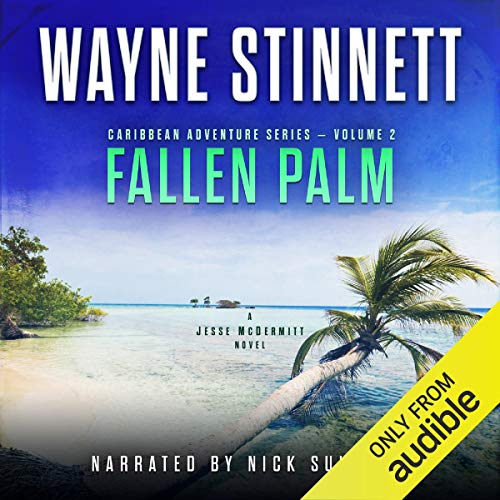 Jesse McDermitt lives on an isolated island in the Florida Keys where he runs a charter fishing business. Retired from the Marine Corps for six years, he wants nothing more than to relax, fish, dive, and enjoy the laid-back lifestyle of the islands.

Russ, his former Sergeant and old friend, dies unexpectedly in a mysterious scuba diving accident and Jesse becomes suspicious. His friend's son comes to south Florida to ask Jesse if he would take him to a remote reef to spread his father's ashes and the two men discover that Russ was murdered. They agree to hunt down the psychotic killer together, unaware that their manhunt will lead them to a Caribbean terrorist cell.

Meanwhile, a beautiful woman has returned to the Keys on a manhunt of her own, distracting Jesse with the idea that he could finally leave his warrior past behind. Surviving a powerful hurricane puts everything on hold as a top secret government agency tries to recruit him into their fold.

Very well written story. Interesting with romance, mystery and a bit of military thrown in. Would highly recommend it.

Much better suspense novel than I espected!

Fallen Palm is the second novel in the 9 novel (so far) Caribbean Adventures/Jesse McDermitt series. It is set in the middle Florida Keys near the town of Marathon. McDermitt is a retired US marine in early 40s who charters his boat for a living. He has built a house on a very small private island he owns. The repeat characters include his first mate Jimmy and an old Marine buddy along with his daughter who run a bar/restaurant. The genre of this novel is suspense thriller. The novel has characteristics of detective, Homeland Security, and military thrillers. The series is definitely worthwhile. Narrator Nick Sullivan who is among the best adds to the quality of the audiobooks in the Caribbean Adventures series.

some great characters (especially the dog), and a genuinely good story about life in general, but, the ending comes up suddenly, with some tough twists. Overall, very good.

Would you try another book from Wayne Stinnett and/or Nick Sullivan?

The other books I have listened to in this series have been great. The ending in this book was so uncalled for and not in keeping with the other story lines...

What was most disappointing about Wayne Stinnett’s story?

The violence in the ending did not go with the rest of the books I have listened to in this series. It did not add to the storyline at all.

Have you listened to any of Nick Sullivan’s other performances before? How does this one compare?

He is a good narrator and is very believable.

Could you see Fallen Palm: A Jesse McDermitt Novel being made into a movie or a TV series? Who should the stars be?

This book series would make a great TV show. A younger Tom Selleck (sp ?) would have been really good as Jesse. Maybe Matt Damon..

I liked this book as well as his first one. I'm following the whole series. This one is also well written and action packed. One part is sad without giving any spoilers. Good story.

Perhaps because this is not my world it held my fascination...gives some insight into " once a marine always a marine." Makes the arrogance more human?

Jesse McDermitt is my hero!!

Looked forward to listening to the audiobook and seeing what Jesse was up to in the Florida Keys. Can't wait to start the next book!

original & entertaining story set in the Keys with characters that fit with the area.

Really
After investing 8hrs into this book that’s how you wrapped up the end . Zero stars !!!

The plot was very simple, so it was good for short steps of my commute. Unless I missed it, they never did explain why Jesse was a target. There is a lot of beautiful detail in the build up of the story, but a lot of detail missing in the climax of the action. More in the way of explanation after the fact.