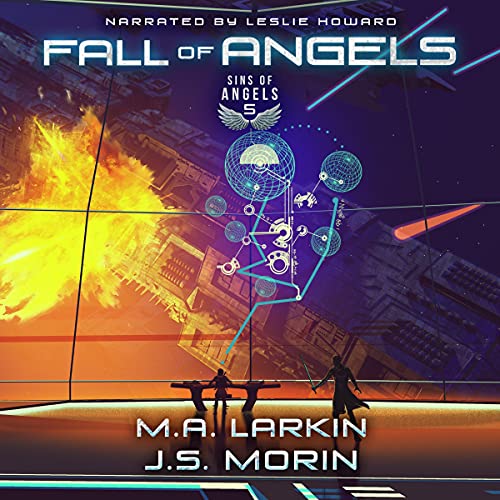 To fight a war with heaven, make an ally of hell.

Despite the best of intentions, Rachel Jordan has unleashed an apocalypse on the holy universe - possibly the apocalypse. As mankind faces the unforgiving judgment of the angels, she turns to every source she can think of for help.

The ancient Adversary that once nearly wiped out humanity is the only force ever known to have stood against the angels. By Rachel’s reasoning, that might make them humanity’s only allies worth having.

Will Rachel’s quest to free humanity’s minds from angelic dogma end up costing her entire species its soul?

Fall of Angels is the fifth and final book of Sins of Angels, an epic space opera series set 3,000 years after the fall of Earth. With the scope of Dune and the adventurous spirit of Indiana Jones, Sins of Angels delivers a conflict that spans galaxies and rests on the spirit of a single brave researcher. Follow the complete saga, and watch as the fate of our species hangs in the balance.

What listeners say about Fall of Angels