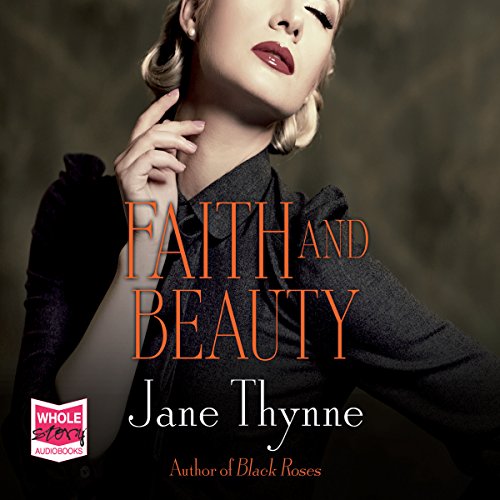 Berlin, on the eve of war. Clara Vine, Anglo-German actress and spy, has been recalled to London by British Intelligence to probe reports that the Nazis and the Soviet Union are planning to make a pact.

When Clara investigates the death of a young woman from the Faith and Beauty Society - the elite finishing school for Nazi girls - what she uncovers is something of infinite value to the Nazi regime - and now she herself is in danger.

What listeners say about Faith and Beauty

As good as the previous ones

I'm hooked on this author and these books. Can't stop listening. The mix of historical fact and fiction tells the tale of pre war Berlin beautifully. Can't recommend highly enough.

This series is a delight.

Where does Faith and Beauty rank among all the audiobooks you’ve listened to so far?

The Clara Vine series of audiobooks are the best audibooks I have ever listened to.

I particularly liked this kind of historical fiction. Thynne builds this series of novels around historical facts and appears to do so with integrity. The Clara Vine novels bring the harsh realities of living in pre-war Berlin in a way that no other author does.

Clara Vine is a particularly interesting and intriguing character.

I had to stop myself from fininishing it in one sitting, to draw out the pleasure.

I love the Clara Vine series. Thynne has great attention to historic detail, which adds depth and life to the story. Teal is a great vocal artist who is able to maintain characterisation over the length of a series, even when doing something like whispering or showing great emotion.

I have to echo a reviewer in the U.K. and say I'm getting hooked on this series. This is the second of three I've read and I'm looking forward to the third. The author is the wife of the WW2 spy novelist, Philip Kerr, who I've read and enjoyed, but I'm enjoying these more. There needs to be name for this genre and I think it would be a Cozy Spy book: it has the features we all understand from cozy murders, yet with the political/historical elements one finds in spy novels. I can't go all out with 5 stars because of this and that, but it's definitely very enjoyable listening.