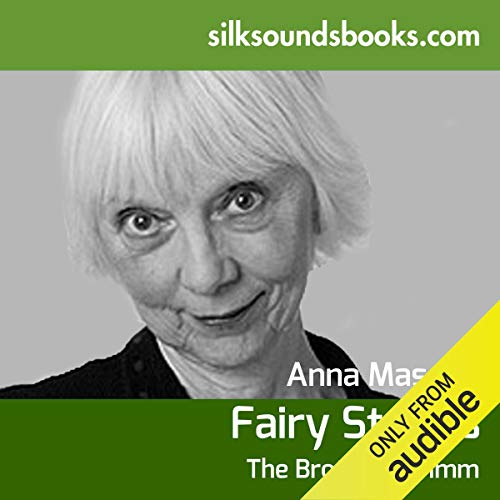 By: The Brothers Grimm
Narrated by: Anna Massey

These fairy tales are nasty. This is the land of goblins and sorceresses, with serious lines in revenge, not the land of unicorns and once upon a Barbie.

The tales that the Brothers Grimm collected during their time as linguistics professors, first at the University of Göttingen and then in Berlin, at the request of the King of Prussia, were an attempt to map the folklore of the German-speaking people.

These two seemingly inseparable brothers made one of the first collections of the stories that had been told by their forefathers for generations, but, more importantly, they wrote them down. They listened for years to the storytellers and tale spinners of the many disparate states and principalities which made up what would fairly shortly after their time become the newly unified Germany, collated them into several volumes and created what have become some of the major building blocks of the collective consciousness of Europe.

They have often been accused of corrupting the tales they were told; they did not write them down word for word but adapted them and wrote them up into the deliciously tough tales we know today. Nor were they strict in their adherence to the idea that they were mapping the folklore of the German people exclusively. There are tales from a much wider selection of European origins in their collection.

This is what transformed an academic exercise into a creative endeavour. It is fascinating to rediscover the origins of the bewilderingly Disneyfied story of Cinderella, for instance, but the Grimms' story of the soot-covered wench and her wish-granting bird is also a beautiful bit of writing - the Brothers Grimm tell a good story.