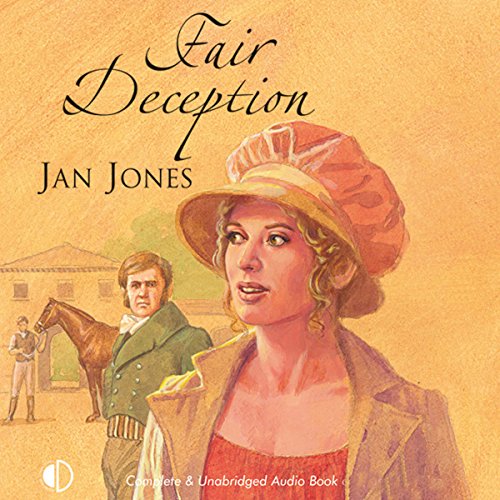 When Kit Kydd rescues Susanna Fair from an abduction attempt, it seems to be fate: Kit needs to appear settled to be made his great-aunt's heir, and Susanna is an actress. By pretending to be engaged for the duration of a visit to Lady Penfold, Kit can protect her from further danger.

But Lady Penfold lives in the horse-racing town of Newmarket, which holds the secret of Susanna's scandalous past. And the dishonourable Rafe Warwick has 2000 guineas riding on making Susanna his mistress - and he doesn't take defeat lightly. And then Susanna's travelling theatre company need her to perform in public one last time. And Susanna really, really, hadn't intended falling in love with Kit.

What listeners say about Fair Deception