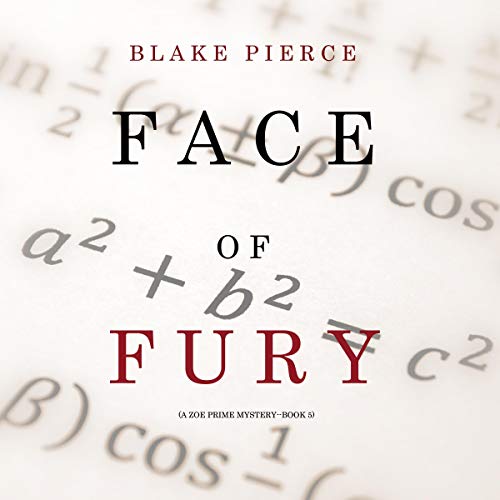 By: Blake Pierce
Narrated by: Quinn Francis
Try for £0.00

Face of Fury is book number five in a new FBI thriller series by USA Today best-selling author Blake Pierce, whose number one best-seller Once Gone has received over 1,000 five star reviews.

FBI Special Agent Zoe Prime suffers from a rare condition which also gives her a unique talent: She views the world through a lens of numbers. The numbers torment her, make her unable to relate to people, and give her a failed romantic life. Yet they also allow her to see patterns that no other FBI agent can.

In Face of Fury, women are turning up dead, victims of a serial killer who carves a mysterious symbol on their bodies. The symbol holds some mathematical significance, and Zoe struggles to know if he is killing in the order of PI.

But when her theory falls apart, Zoe must second guess everything she thought she knew.

Has Zoe’s talent met its match? And can she save the next victim in time?

An action-packed psychological suspense thriller with heart-pounding suspense, Face of Fury is book number five in a riveting new series that will leave you resisting to pause late into the night.

What listeners say about Face of Fury