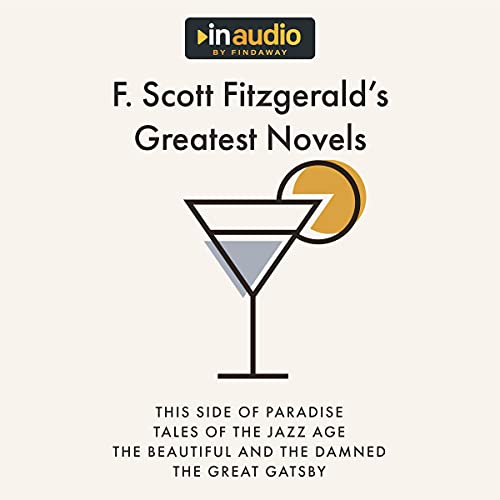 By: F. Scott Fitzgerald
Narrated by: Jonathan Waters
Try for £0.00

The Jazz Age is one of the most romanticized periods of American history. Despite the issues that faced people of that time, there is something alluring about the society that was created after the end of the first World War, a world that valued prosperity and carefree living.

In the greatest novels of F. Scott Fitzgerald, listeners can be transported back to that world to experience both the highs and lows of the time. These novels incorporated Fitzgerald’s own life experiences to give listeners a firsthand view of what life truly was like for his generation.

The novels included in this collection are:

This Side of Paradise - F. Scott Fitzgerald’s first novel, and was largely based on his own experiences as a young man from Minnesota who attends Princeton and becomes a writer.

The Beautiful and Damned - A novel generally considered to be F. Scott Fitzgerald’s take on his own marriage, and thus gives listeners a glimpse into the highs and lows of an incompatible but passionate love affair.

The Great Gatsby - Fitzgerald’s most well-known work, following Nick Carraway as he meets the elusive Jay Gatsby and becomes involved in his whimsical, dangerous, vibrant life. The Great Gatsby is one of the most important works of modernist literature and is considered “the Great American novel".