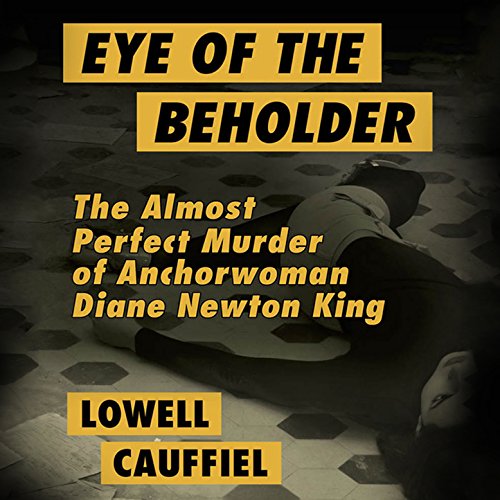 Eye of the Beholder

By: Lowell Cauffiel
Narrated by: Luke Daniels
Try for £0.00

Battle Creek, Michigan, is famous as the birthplace of breakfast cereal, and the nearby suburb of Marshall is as wholesome as shredded wheat. On a frigid night in February of 1991, newscaster Diane Newton King was stepping out of her car, her children strapped into the backseat, when a sniper's bullet cut her down. The police assumed that the killer was her stalker - a crazed fan who had been terrorizing King for weeks. But as their investigation ground to a standstill, the police turned to another suspect - one much closer to home. Journalist Lowell Cauffiel recreates the atmosphere of terror that marked King's last days, giving us a story of celebrity, obsession, and what it means to kill.

What listeners say about Eye of the Beholder

This book is beyond boring

What disappointed you about Eye of the Beholder?

Someone called this gripping...I wanted to grip the author's neck and beg him to stop writing. Don't waste your time and money on this crap. The newspaper article was likely more compelling. Add that to the terribly arranged story. The boring people involved...the people the made up this story could have been replaced by potted palms.

Something better I sincerely hope

It was narrated by a guy who sounded like an undertaker on sedatives.If he didn't like the book he should not have narrated it

If you could play editor, what scene or scenes would you have cut from Eye of the Beholder?

Everything after the title

I have wasted enough time on this.

I prefer Rule or Olsen for True Crime, the way this was written seemed fake. The narrator didn't help with some of his accents, which got annoying. I'm returning this book.

Listening to the orator change his voice based

on different characters was silly sounding and obnoxious at times.. Second half was better than first half.

Great telling of the story subject matter was ehhhhh

The way the book was written and read. I thought was pretty good. Unfortunately the subject matter. Was very straight forward. Not really any twists. Overall I don't regret owning this audiobook. Though it isn't my favorite by far.