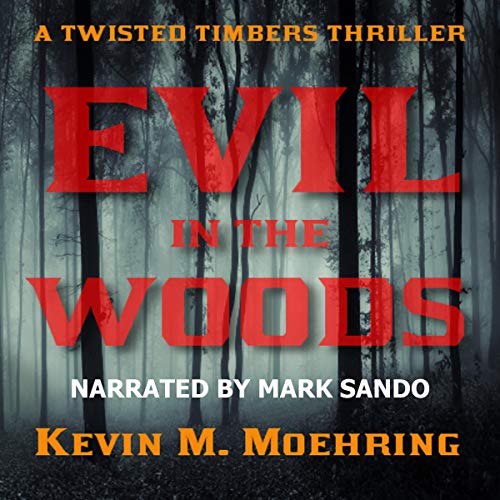 Evil in the Woods: A Twisted Timbers Thriller

Twisted Timbers hasn't seen this much action since the sawmill fire that left a permanent scar on the normally quiet town in the Pacific Northwest. Sheriff Mitch Thompson has been working hard to rebuild the town's police department since that fateful night at Graham Park. The addition of two new deputies, Jerome Carter and Sloane Nichols, has made his job somewhat easier, even though Deputy Nichols sometimes makes it hard for the young sheriff to concentrate on work.

Two missing hikers and several reports of a strange figure in the woods weilding an axe and Mitch knows his new deputies will be put to the test. Things take a strange twist when they get an unexpected delivery on the doorstep of the police station. Now they are racing the clock to uncover the secrets that surround the mill fire and find out what evil is lurking in the woods.

Evil in the Woods is the second book in the Twisted Timbers series and just as gripping and suspenseful as Graham Park. Kevin M. Moehring is masterful in his way of telling a story, making the listener feel like they are intertwined in the plot themselves.

What listeners say about Evil in the Woods: A Twisted Timbers Thriller