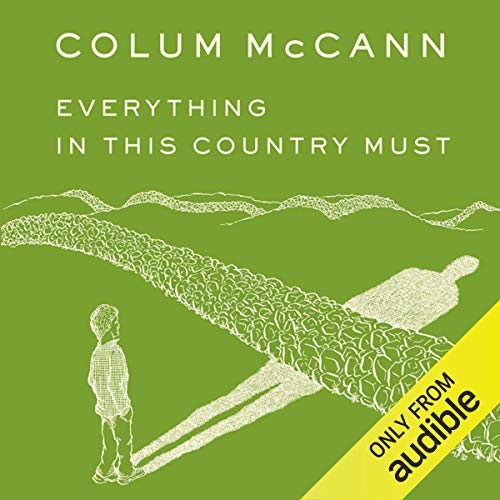 Everything in This Country Must

In a daring tour de force, one of our writers takes on the most intractable of conflicts--the Troubles in Northern Ireland. In his fourth book, Colum McCann, a writer of fierce originality and haunting lyricism, turns to the Troubles and reveals, as only fiction writers can the reverberations of political tragedy in the most intimate lives of men and women, parents and children. In the title story, a teenage girl must choose between allegiance to her Catholic father and gratitude to the British soldiers who have saved the family's horse. The young hero of "Hunger Strike", a novella, tries to replicate the experience of his uncle, an IRA prisoner on hunger strike.

And in "Wood", a small boy does his part for the Protestant marches, concealing his involvement from his blind father. Writing in a new form, but with the skill and force and sparkling poetry that have brought him international acclaim, Colum McCann has delivered masterful, memorable short fiction.

What listeners say about Everything in This Country Must