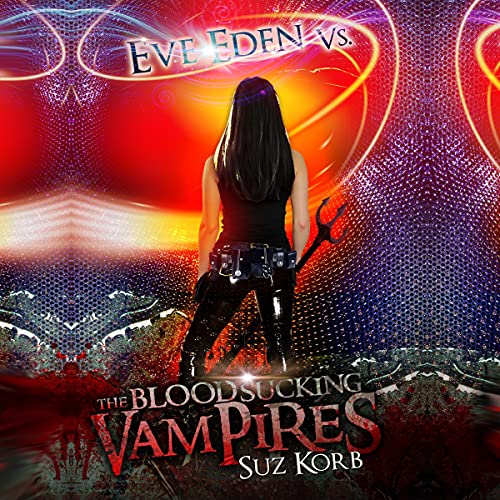 A year ago, the town of Twin Forest was almost overrun by zombies, an incident so hellish it turned Eve Eden's hair white. She now dyes it black to suit her mood. A mood that's worsened when she's abducted by vampires and taken to England once again.

Enter James. He's 16 years old like Eve, and he also possesses a secret as volatile as her own. James is English, and he's got a smokin' hot accent to rival Nathan's. Ah, Nathan, Eve's moody would-be vampire boyfriend. That is, he would be her boyfriend if he'd stop acting so intense all the time.

As for the other moody vampires, they've only got one mood, and it's an angry, foul tempered one. Not even Thunderbug and his epic farts help much when it comes to facing off against the blood sucking vampires!

What listeners say about Eve Eden Vs. the Blood Sucking Vampires