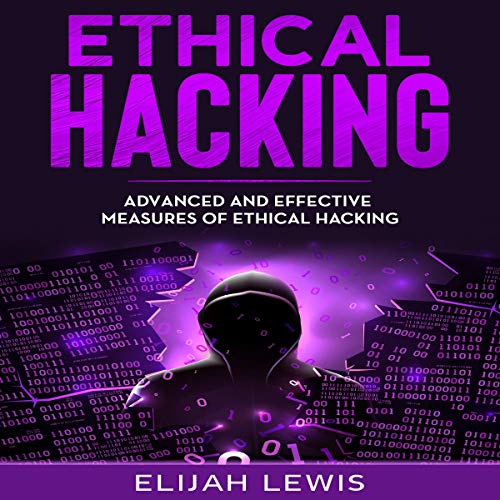 By: Elijah Lewis
Narrated by: Ben Herold
Try for £0.00

There is a general belief that all hackers are the equivalent to cybercriminals. This belief is partly as a result of the growing rise in the damage that hackers are causing to computer systems and business organizations. However, this audiobook aims to counter that belief. Hacking is a broad term that is used to describe the work of the ethical hacker and the black hat hacker.

Penetration testing is a vital aspect of ethical hacking. During testing, the ethical hacker simulates the ways intruders gain access to a company's system. The audiobook explains the different ways in which it is used and the countermeasures an ethical hacker can use to foil the work of the hacker.

If you’re interested in being an ethical hacker, or are just curious about the field of hacking, then this audiobook is for you! Buy it now to get started.

The bestselling guide to developing defense

Updated and revised edition of the bestselling guide to developing defence strategies against the latest cybersecurity threats.

This audiobook has helped me greatly. I was pleased to learn to speak this. It's extremely informative for beginners. Great job author!

Very happy to listen to this great audiobook

This audiobook gave me quite the idea of what hackers of and how they get into our personal information. I never knew that there were as many hackers in the world today.

Step by step information in this book is really very helpful towards learning Ethical Hacking. This book has correct instruction that will teach you hacking in a great way.

I am satisfied to listen to this audiobook

This book gave me quite the idea of what hackers of and how they get into our personal information. Overall, a great, practical, and educative guide for learning Hacking. Thanks!

This book is really very good. Covers the low-level details so that you can better understand what is going on under the hood. Also includes example exercises so that you can follow along. I was a complete newbie when I bought this book and I have learned so much from it. It is a fantastic well-written guide that is easy to understand and follow.

This book is amazing for beginners like me. This book assumes you are new to the world of hacking, so it starts with the very basics of Hacking, the jargon used in the realm of hacking, and also types of hackers.

I am very pleased to listen to that audible

This is a great audiobook that teaches the absolute basics of Linux. There are a few great chapters here that are specifically geared towards hacking, however, if you are looking for an audiobook on hacking you may want to look elsewhere.

I wish I bought this audiobook before doing some crazy stuff on my computer. This book offers essential information on wireless networks and cybersecurity. Great.

Excellent and helpful this audiobook

This audiobook includes most of the solutions to my problems. I loved this book for many programming examples with the Basics of Ethical Hacking. This would be the best audiobook for beginners.

This Audiobook is very technical.