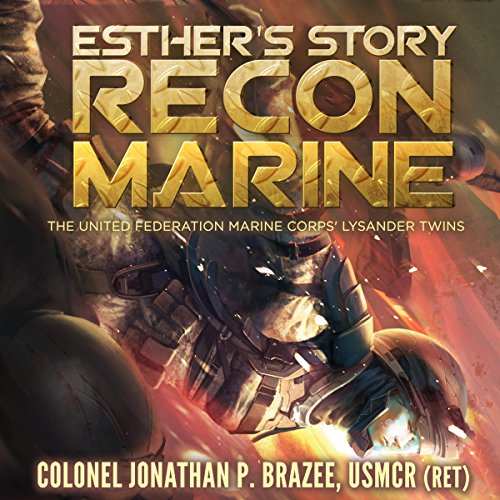 Esther Lysander, the driven, professional Marine ever-conscious of the heavy weight of her father's legacy, is selected to become an officer. She has high goals for her career - very high goals - and she believes the best method to achieve success is to be a complete hard-ass, keeping emotions at bay.

This outlook has resulted in some notable achievements, but at the cost of friends and her relationship with her twin brother Noah, a price she is willing to pay.

First as an infantry platoon commander, then as a Recon Marine, Esther develops as a tactical commander, all the time putting her career first and foremost. As she grows into her billets, however, she begins to realize there is more to being a leader of Marines than simply the mission at hand.

A true leader cannot consider her subordinates as mere chess pieces in her rise to the top, and a true Marine has to put the needs of the Corps and Federation above her own.