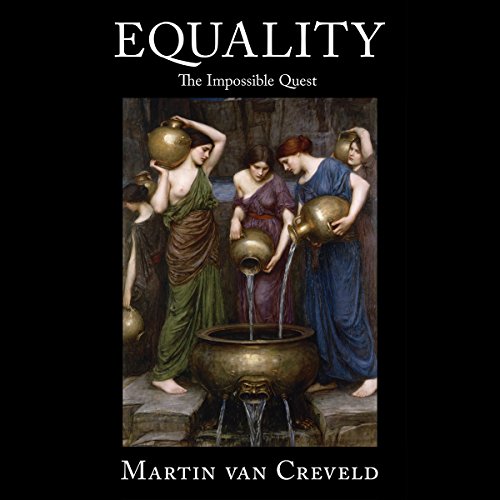 All over the Western world, gaps between rich and poor are widening - or so the headlines say. Nobody has done more to spread this view than the French economic historian Thomas Piketty, whose best-selling volume, Capital in the Twentieth Century, not only documents the process but represents one long call for reducing the gaps so as to create a more equal society. But what is equality? Who invented the idea, when, where, and why? How was it implemented and at what cost? Are we getting closer to it? What is the promise? What is the threat?

Equality: The Impossible Quest considers all these problems and more. It begins by considering our primate relatives as well as various historical societies that never heard of equality. Next, it traces the development of the idea and its implementation in various societies throughout history. This include ancient Greek equality as realized in Athens and Sparta, monastic equality in both East and West, social revolts aimed at establishing equality, utopian equality, liberal equality of the American and French Revolutionary varieties, socialist, communist and kibbutz equalities, Nazi equality, the equality of women and minorities, and biological equality through medical and genetic science.

Presents a clear an concise picture of the history of equality, decomposes the ideology and explains the perils and consequences of modern trends. Quite entertaining and enlightening.

Author describes how the idea of equality has been pursued in various societies throughout the history and how they often failed in attaining it.