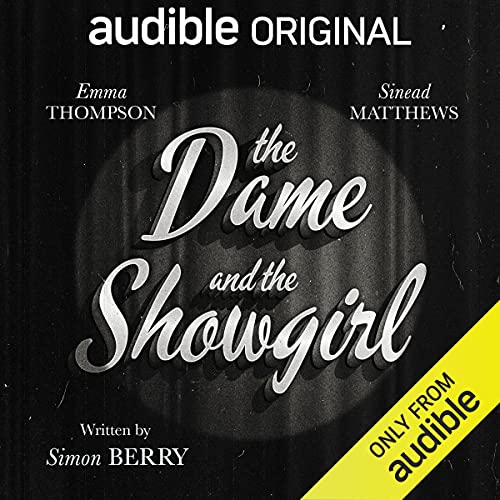 Ep 1: The Dame and the Showgirl

Dame Edith Sitwell is on the final leg of a sell-out Recital Tour of America. Eccentric, old, aristocratic and extremely English, she has taken the States by storm. Nevertheless she is annoyed that her sponsors, Life Magazine, are holding her to her contract getting her to write an article interviewing a relatively unknown film actress, about to hit the big time.

Life Magazine and Dame Edith know perfectly well that the two are unlikely to hit it off. But somehow these two opposites attract, surprise each other and forge a deep bond. Despite their totally different backgrounds, they lose their minders and find much more in common than either would have guessed. By the end of their allotted hour, they have discovered truths about motherhood and childhood, beauty and ugliness, the price of fame and the masks we hide behind – as well as the human truth that we have more in common than things that divide us.

The Dame and the Showgirl have become friends.

What listeners say about Ep 1: The Dame and the Showgirl

Loved it. What a great little story. I intended to listen while ironing but found myself sitting down and relaxing instead 😊

I loved this! A quality cast and great script

The study of an encounter between an English poet Dame Edith Sitwell and Hollywood starlet Marilyn Monroe. A charming script and interesting character make an hour pass quickly and enjoyably. Emma Thompson smashes it once again as Dame Edith.

Brilliant in every way!

Loved this so much - great acting and story. Never knew about this so found it fascinating.

Whether or not the details of the conversation are true is largely irrelevant. This is a lovely tale about the 2 women's lives and their fondness for each other.

Very interesting and enjoyable. I don’t know how true to life this is but the premise of an eccentric Elderly Brit meeting a glamorous young actress is entertaining.

Great fun and highly enjoyable. Would highly recommend as a short engaging listen to cheer up your day.

A great piece of audio dialogue, excellent writing, excellent performances if only too short. More please.

I had no idea about either of these women. I am not sure I'd ever even heard of Dame Edith Sitwell, but I love Emma Thompson so I thought I'd give this a go. And it was free... It was brilliant. Marilyn Monroe's childhood, her beginnings in the film industry, her knowledge of writers like Huxley, Miller, Freud - the "studio" did a wonderful job of dumbing her down to a simple blonde. She was so, so much more, and I had no idea. Sinead Matthews reads her very well.

Dame Edith was a very interesting character, and based on this recording alone, I have purchased an anthology of her poetry and her autobiography. I am looking forward to reading both. Emma Thompson does uppity British VERY well!

This was a great listen, really interesting and well done.

This is a joy to listen to, brilliant drama and so easy to imagine
Thank you Audible 👍