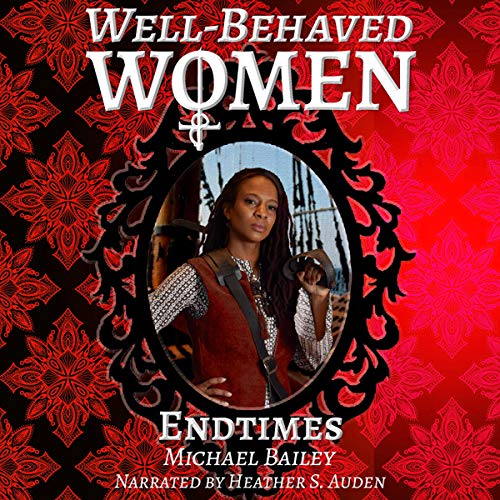 Heaven doesn't want them. Hell is afraid they'll take over.

Since returning to the Limbolike afterlife known as Transition, Rosemary Booker and Erzsébet Báthory have been locked in a cold war for control of the mysterious netherworld, where history's most infamous women await their final reward or final punishment.

As Rosemary and her friends plan a major assault on the legendary Blood Countess, Báthory sets the stage for her own endgame, determined to destroy Rosemary, once and for all. And if reality itself falls along with her? So be it!

It's all come down to this - the epic conclusion of the Well-Behaved Women trilogy!

What listeners say about Endtimes

Between the excellent writing from Michael Bailey and the moving performance from Heather Auden this was an exciting, emotional, and thoroughly enjoyable conclusion to the WBW trilogy.