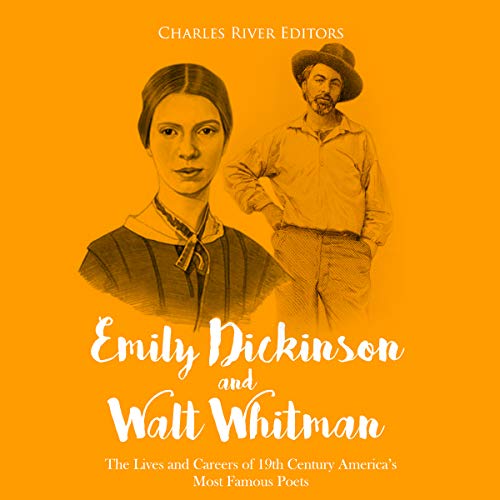 Walt Whitman, the great American poet, is also in many ways a great American enigma, for more and less are known about him than other famous men in 19th century American history. As a young man, when most of his peers were sowing their wild oats, he was considered by many to be a stick in the mud who neither drank nor chased women. Then, as a middle-aged man, when his peers had settled down into quieter lives, he remained single and seems to have pursued romantic relationships with both men and women.

Then, of course, there was his poetry, words that summarized both the best and worst about his nation. His seminal work, Leaves of Grass, began as little more than a pamphlet but grew for decades, as each new edition added more poems. By the time of his death, it had become a large volume still studied today. While he wrote other pieces for publication, Leaves of Grass remained his magnum opus and his baby, nurturing and developing it throughout his life.

Like many writers of her day, Emily Dickinson was a virtual unknown during her lifetime. After her death, however, when people discovered the incredible amount of poetry that she had written, Dickinson became celebrated as one of America’s greatest poets. Dickinson was notoriously introverted and mostly lived as a recluse, carrying out her friendships almost entirely by written letters. Her work was just as unique; her poetry is written with short lines, occasionally lacked titles, and often used slant rhyme and unconventional capitalization and punctuation.

Born in an era when women rarely received more than a rudimentary education, she attended college but left before graduating. Considered by many evangelical Christians to be a pioneer of religious poetry, she struggled during her entire life to fully embrace the Calvinist doctrines taught in her New England home. She seemed to be, in every way, the quintessential Victorian spinster, but her poetry and letters reveal shocking passions, often shared with married men.

Not surprisingly, her poetry was just as diverse as her personal life, as she praised romantic love but criticized marriage. She wrote stanza after stanza of verse based on religious themes but never quite presented a clear cut view of the Christian faith. She produced in the same year passionate, even sexually charged verses, and also stilted observations of natural science. But in the midst of all this, she created a new genre of poetry, one that allowed her to speak her mind but in such a way that she could still move about, to the extent she wanted to, in polite society.

Emily Dickinson and Walt Whitman: The Lives and Careers of 19th Century America’s Most Famous Poets looks at the remarkable lives of the two, and the impact their famous works have had.

What listeners say about Emily Dickinson and Walt Whitman

Perhaps some interesting and informative information is buried in the most awful reading ever, but who can tell? The performance is so staccato, broken and robotic it’s unlistenable. As a hilarious parody of reading it might work