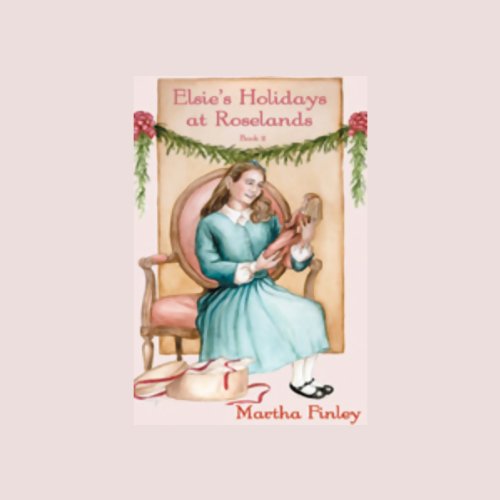 By: Martha Finley
Narrated by: Marguerite Gavin
Try for £0.00

Eight-year-old Elsie Dinsmore is enjoying a blissful Christmas holiday season with her family and friends when a crisis arises that threatens life as she knows it. She believes that obeying a request her father has made would violate her conscience, and she must refuse him. He, in turn, believes Elsie is being willful and disobedient, and he fails to see her refusal as a matter of her deep, abiding faith in God.

Elsie clings to the promise that her heavenly Father will never leave her nor forsake her as, one by one, all the things she holds dear are taken from her, including even her father's presence. The turmoil brought on by this conflict contributes to a life-threatening illness for Elsie and a life-changing crisis for her father. Meanwhile, her faith is tested to the limits.

What listeners say about Elsie's Holidays at Roselands

The story of Elsie continues right where book one leaves off. Again, the story is fantastic, however, the narrator's vocal characterizations aren't as powerful as in the previous book (different narrator). Still a great story overall. I highly recommend it!

I loved this book and cannot wait to start the next book - tomorrow! This series makes me feel closer to God.