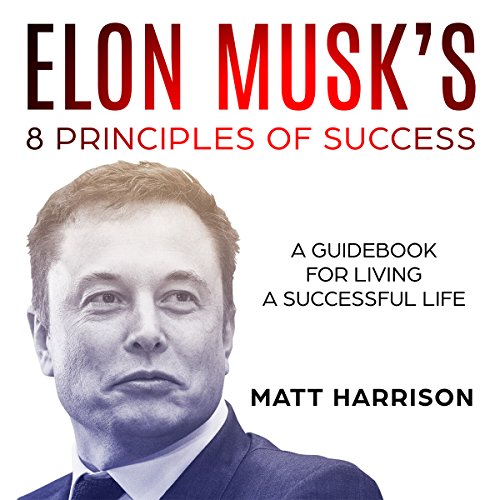 How does a man like this strike a balance between micromanaging multiple lucrative enterprises and harboring the imagination necessary for realistic, entrepreneurial moon-shots? How did this man develop his work ethic? How did he become so thick-skinned and accepting of failure? What made him so ambitious, driven, and charismatic? Why has he been willing to risk his hard-earned fortune for the dicey progression of his risky ideas time and time again?

The answers to these questions do not lie in some hidden, mysterious spot in this man's genome, later to be studied and analyzed by scientists (post-mortem, of course) to understand how success looks on a molecular level. No, these traits were acquired through practice, practice, and more practice, until the hellacious grind became a pleasurable process almost as important as the end result.

This man, whom I have been alluding to, is (of course) the larger-than-life Elon Reeve Musk. By analyzing key facets of his life and investigating the wellspring from which he drew inspiration and the ability to sustain his child-like wonder into adulthood, we can learn life lessons and rules on how to be successful professionally, as well as, creatively. To streamline this investigation of the many positive character traits that Elon Musk has exhibited again and again throughout his life, I will focus on what I consider to be the eight most important rules for success in life, modeled after the actions of Elon Musk.

I should have listened to the sample

Terrible narration. Very annoying style. Makes the book unlistenable. A waste of time and of a credit

In a quick Audio Book most listeners will gain insight to not only one of the most interesting
entrepreneurs today but some good advise in becoming successful in life.

There is no magic formula to great success or certainly we would have many more well known
entrepreneurs but their are certain personality traits which are illustrated in this Book.

Musk's self disciplined is inspiring.

Coming from such a harsh environment helped set the stage for the nearly impossible disciplined lifestyle Musk has. I may never be as disciplined as Musk is, but I will still take some of the principles he's teaching and apply them to my life. Without a work/home life balance I would be miserable. But that doesn't mean I didn't learn some things to help keep on track. I agree with some of Elon's practices I'm just not going to the extreme with it. Musk is a interesting man that proves our achievements are based on what we put into it. I do recommend this book to anyone interested in Musk's formula for success. I have no doubt living a milder version of his rules can help anyone to prosper in their own success. Kevin Theis has done an excellent job driving home the point of this audio book. I was given a free copy of this book and have decided to voluntarily leave this review.

Glimpse into a brilliant and controversial mind...

Aside from the little bit of trouble he's gotten himself into recently..... ;-)

The audiobook provided a glimpse into the mind of Elon Musk, a very disciplined and motivated individual, who has become a hugely successful innovator and businessman. This audiobook reveals the key to Musk's success and how to apply similar principles in your own life.

Musk is a fascinating individual, and we can learn a lot from his talent & perspective.
Well written and narrated, very much enjoyed listening!

An Insight into a Great Entrepreneur

Hearing about the disciplines from one of today's greatest entrepreneurs is an enlightening listen. Elon Musk overcame life's pitfalls and used them to help him to succeed. He truly wants to help others to understand that if you want something bad enough, you will make it happen. Having faith in oneself and trudging through all the crap life can throw at you to the other side is what is called for in order to be successful. The narration is lacking though. Kevin Theis' voice is just not the right one for this book. I still managed to listen to it to the end but found myself cringing at times due to the narrator's voice pitch. I think it's worth tolerating to hear more about Elon Musk but do make sure to listen to the sample before you decide to spend the money or credit, just in case you can't handle it.

I enjoyed this short book. it provided inspiration. I was provided this book at no charge but submitted this review on my own.

Elon Musk’s 8 Principles of Success: A Guidebook for Living a Successful Life by Matt Harrison was a good quick read. This was a good guidebook about living a successful life that is based up the life and successes of Elon Musk. This is a good read for any Elon Musk fan.

This was a good short book. I liked the mix of learning about Elon's past as well as the motivational principles talked about by the author. It was inspiring and I hope to implement what I can from this book into my own life. The Narrator was good and reminded me of a news anchor or radio host from the 1950's.