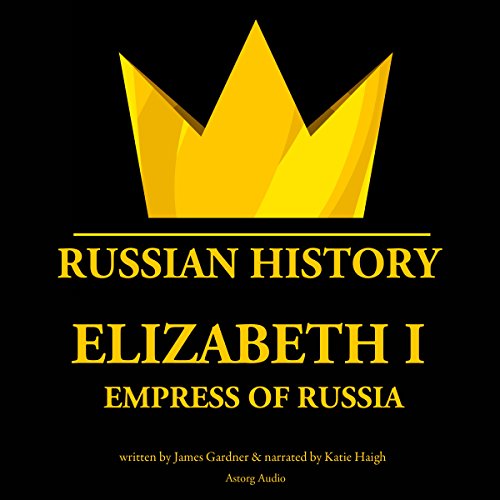 Elizabeth I, Empress of Russia

By: James Gardner
Narrated by: Katie Haigh
Try for £0.00

Elizabeth Petrovna was the Empress of Russia from 1741 until her death. She led the country during the War of Austrian Succession (1740-48) and the Seven Years' War (1756-63), left her mark on the service of nobility, the establishment of the Univeresidy of Moscow and the Imperial Academy of Arts; she remains one of the most popular Russian monarchs due to her strong opposition to Prussian policies and her decision not to execute a single person during her reign.

Discover the thrilling history of this exceptional ruler in a clear, precise and accessible presentation, intended to bring history to life in a truthful and enjoyable way.

What listeners say about Elizabeth I, Empress of Russia