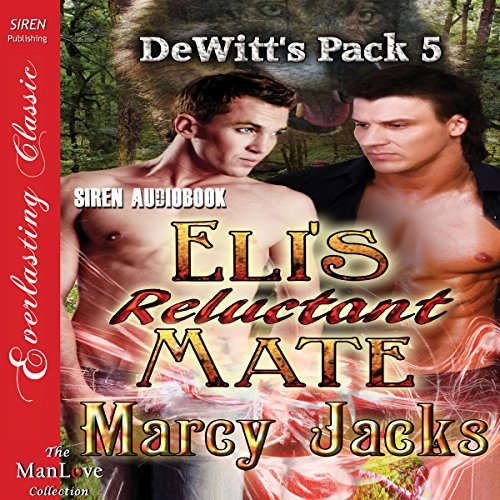 Eli Martin has sunk into a severe depression after the death of his brother. He hides his grief behind cheap liquor, and he hardly cares that his alpha is considering banishing him from the pack. Until he meets Chris Lefroy, the gorgeous man with the multicolored eyes who offers Eli some of his humanity back. Though Chris feels something for Eli, he is insistent that he is straight, and wants nothing to do with the dangers of being mated to a werewolf, while Eli is suddenly finding himself wanting to become the man he knows he can be, and whom he knows his mate deserves. Eli is forced to come to terms with the fact that Chris will be in constant danger if he stays, always a target of the wild werewolves. Eli struggles with the idea of whether or not it is responsible of him to convince Chris to stay, lest Chris pay the ultimate price.

Not the best in the series

Peter B. Brooke did a great job. This is not the best one in the series, it's defenitely good just not the best.