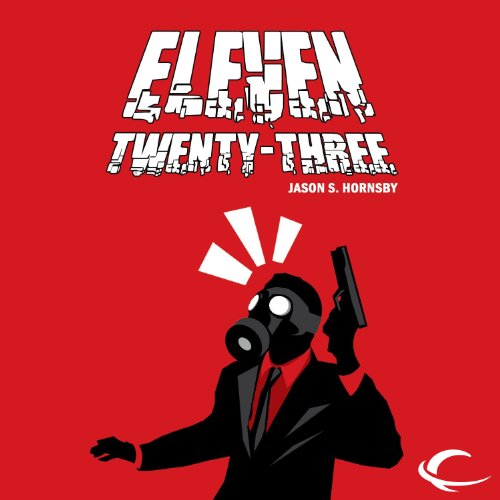 Hornby’s eloquently written novel begins when Layne Prescott, an English teacher living in China, returns to Florida for his father’s funeral. On the way, they meet a mysterious stranger who smuggles a briefcase among Layne’s belongings. Soon after returning to the United States, a plague infects Prescott’s hometown, causing people to grow violently mad every 12 hours at 11:23. With the town quarantined by the government, Layne must unravel the conspiracy behind the epidemic and escape the town.

Carwithen uses a steady and engaged tone to a relate a horror story that will leave listeners quivering.

Conspiracies. Quarantine. And a mysterious briefcase...

Layne Prescott, a former high school teacher returning to America after months of living abroad, meets a strange man in a Shanghai airport and ends up carrying a mysterious briefcase with an attached wrist shackle home with him. Back in the small town of Lilly's End, Layne must cope with more than just the effects of his past indiscretions and his recently deceased father's funeral. Each day at precisely 11:23, the small town of Lilly's End sinks into violent chaos, and people are dying. Cut off from the rest of the world by a strict military quarantine and with the population in rapid decline, Layne and his friends wait with dread as the clock ticks downward.

What listeners say about Eleven Twenty-Three

What did you love best about Eleven Twenty-Three?

I love Hornsby's writing style. The language, the sentence structure, the vocabulary that not only describes but also emotes. His stories are twisting and complex, and this is his best one yet. I was completely hooked on this story from beginning to end.

I recommend anyone with a proclivity for conspiracy theory and hair pulling anxiety to give this a listen. It will leave you exhausted and uneasy. Once the action picks up, you won't be able to put it down.

You can't really bring yourself to like any of the charters. Then you feel the pang off guilt when you realize they are the reflections of yourself.

I was literally yelling at the characters out loud in the middle of the grocery store with my ear buds in.