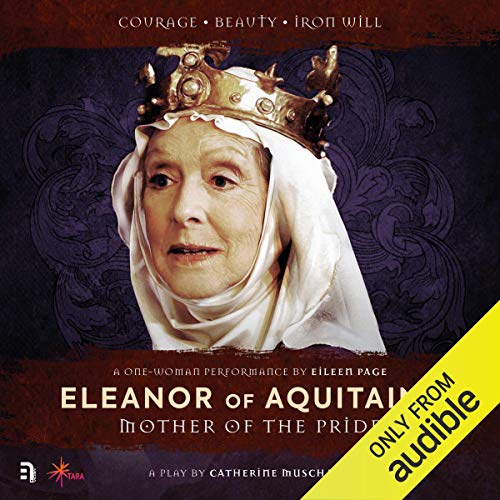 A woman of extraordinary courage, beauty and iron will - uniquely Queen of France then Queen of England, and mother of two English Kings - Eleanor of Aquitaine’s name was legendary even before her death.

B7 Media have teamed up with Tara Arts to release for the first time on audio Eileen Page's mesmerising final performance as Eleanor of Aquitaine: Mother of the Pride.

Tara Arts, Artistic Director, Jatinder Verma, describes Eileen Page’s performance: 'Eileen Page’s Eleanor has all the mellifluous poise, resolve and wit you would expect of the only woman to have ruled England and France. A tour de force!'

What listeners say about Eleanor of Aquitaine