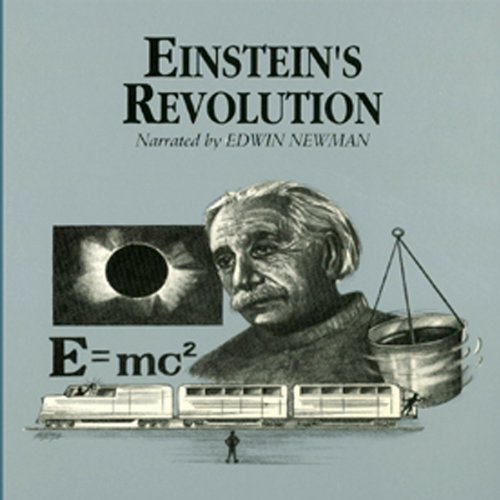 Isaac Newton's world had operated in a fixed, rigid, "absolute" framework of space and time. Yet discoveries about electromagnetism in the late 19th century created new and troubling inconsistencies. In 1905, Einstein's name became synonymous with "genius" when his Special Theory of Relativity challenged old concepts in physics. Hertz, Lorentz, Mach, Poincare, and others illustrated the ideas that so captivated Albert Einstein and shook our conventional ideas about space and time.

The Science and Discovery series recreates one of history's most successful journeys: 4,000 years of scientific efforts to better understand and control the physical world. Science has often challenged and upset conventional wisdom or accepted practices; this is a story of vested interests and independent thinkers, experiments and theories, change and progress. Aristotle, Copernicus, Kepler, Galileo, Newton, Darwin, Einstein, and many others are featured.

Unfortunately the artificial accents broke my focus, I couldn't focus on the subject but rather trying to decipher what was trying to be said.