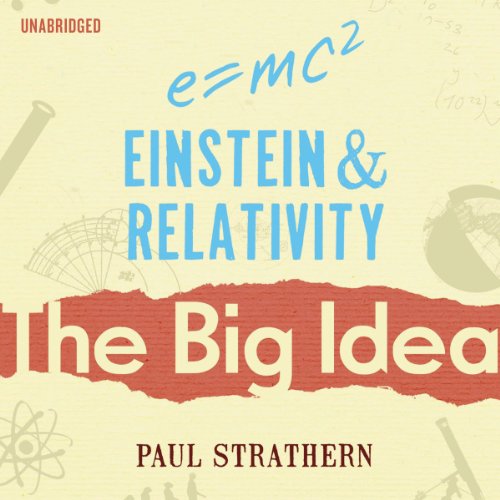 Einstein and Relativity: The Big Idea

At a moment of great discovery, one Big Idea can change the world...E = mc2 is the world's most famous equation, but what does it mean and why were Einstein's theories so groundbreaking? Einstein's revolutionary papers on his Theories of Relativity changed mankind's view of the world and universe forever, establishing him as one of our greatest scientific minds - but when he died, he considered himself a failure. Einstein & Relativity tells the gripping story of Einstein's early life (in which he failed all subjects except maths and physics) through to his most important research. After publishing his two innovative Theories of Relativity, he then wasted over two decades searching for a comprehensive theory, in contradiction to his previous work.

The Big Idea: Einstein & Relativity is accessible and absorbing, placing Einstein's life and work into the context of science up to that point and distilling his complex theories into bite-size pieces for anyone and everyone. The Big Idea series is a fascinating look at the greatest advances in our scientific history, and at the men and women who made these fundamental breakthroughs.

What listeners say about Einstein and Relativity: The Big Idea