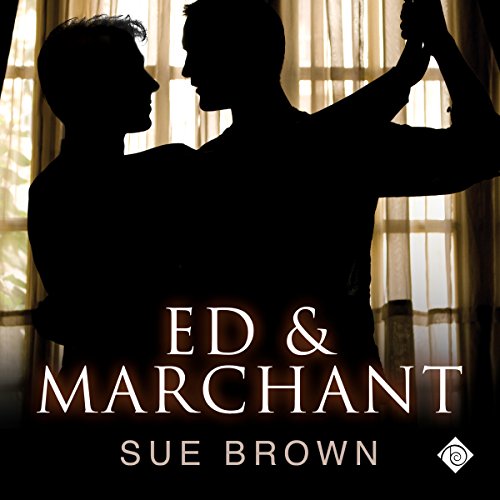 A novella in Frankie's Series

Ed Winters despises his job and hates everyone he works with - especially out and proud, happily in love Frankie Mason. He spends his days wishing he could dance rather than work.

Marchant is patient, but nothing he does seems to help until he discovers Ed's secret love of dancing - a forbidden passion that might be the key to unlocking the confident, secure man Ed could be.

What listeners say about Ed & Marchant

Becoming Who You Really Are

Ed has closed himself off from life. He was Frankie's nemesis in the first book. But now we get to learn what has him to be the man he is. A random meeting with Marchant lets him start to be the one he wants. Appreciate the patience Marchant shows to Ed as he works through everything.

I loved to see Ed's transformation

Would you listen to Ed & Marchant again? Why?

Yes, because it's a sweet story

What other book might you compare Ed & Marchant to and why?

Frankie & Al - Because they're part os a serie

Did Max Lehnen do a good job differentiating all the characters? How?

Yes, but I suffered a little with his accent

Ed was such a horrible person on the first book of this serie, that I was totally sure I wouldn't like him on this one either.
But then, here comes Marchant, intruding on the boring, predictable and lonely existence of Ed.
It broke my heart to see what Ed faced during his childhood and consequently the reason of all his hate and abuse toward his co-workers, and, well... against human being in general.
His transformation from a bully to a swnsible and caring person was great to see and I was really cheering for his well deserved happy ending.
Great book