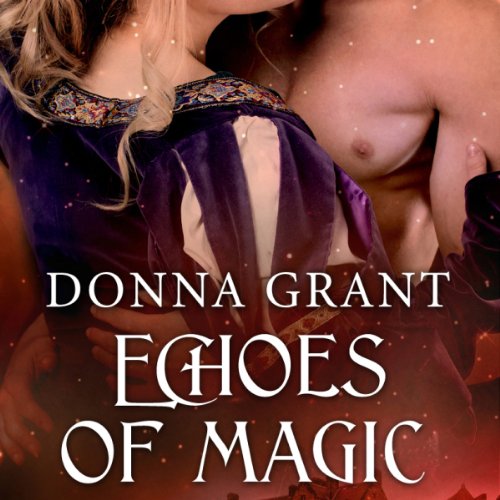 Hiding a secret so awful that his only hope for survival is to remain hidden, Grayson has lived most of his life pretending to be someone he isn’t. After years serving as a commander to his lord and friend, Grayson can no longer hold back the past. He leaves in search of answers only to find evil awaits him. Until he discovers an achingly beautiful woman who stirs his deepest passions and all-consuming need.

Adrianna knows what her future holds for her as a witch - loneliness and heartache. She has accepted that. Until she discovers Grayson near death in the forest. Saving him is her only choice, and even as she falls deeper into the attraction surrounding them, can her magic be enough to stop Fate or the evil that awaits them.

Echoes of Magic the story of Adrianna and Grayson

This is the second in a trilogy, Sisters of Magic, and was enjoyed as a part of the Audible Escape package. Adrianna is a witch that has already been touched by the curse that has plagued her race, she lost her love and her child. When she meets the handsome Grayson she wonders if she has been touched by tragedy or if it was really the curse because she thinks she may really have found love.

Grayson is haunted by a darkness and desires to know what happened to his mother…. With a beautiful witch by his side he finds more than he ever bargained for.

The intrigue of the great evil and how it's fought

Have you listened to any of M. Capehart’s other performances before? How does this one compare?

No, sadly don't have the time

Loved it as usual Miss Grant spellbound me.
From the first page to the end.
Can't wait to discover what the great evil really is.
Excellently done