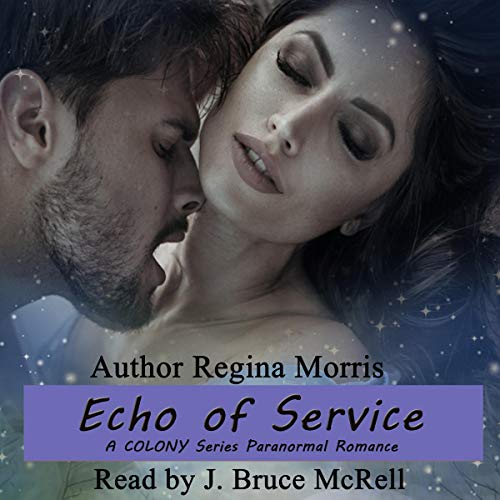 By: Regina Morris
Narrated by: J. Bruce McRell
Try for £0.00

After the President of the United States is poisoned, Vampire COLONY agent Mason Warner steps in as the man's double. He manages the President's hectic schedule just fine until the political party sends in a public relations expert to clean up the President's image. She is the one woman from Mason's past whom he has never forgotten — the woman who is the measuring stick he compares all other women to — but he compelled her decades ago to forget their one night together.

Nicole Banner is assigned by the party to do a makeover on the one man from her past she despises the most. Years ago, her short-lived secret fling with the Senator of Massachusetts, now President of the United States, left her with a son to raise on her own.

Mason can’t risk her remembering their tryst from decades ago since she believes him to be the President. Nicole has always hidden her affair from prying eyes, until now.

He still desires her. All she wants is revenge.

What listeners say about Echo of Service: A COLONY Series Paranormal Romance

Can’t wait for another book! Never get tired of following each character through each book waiting for what’s next!

A Vampire To Remember.

I really enjoy this book. Regina Morris has created a most interesting group of vampires. The characters are unique and believable. Her descriptions are detailed. J Bruce McRell's narration makes you feel like you are there with friends. I highly recommend this book.