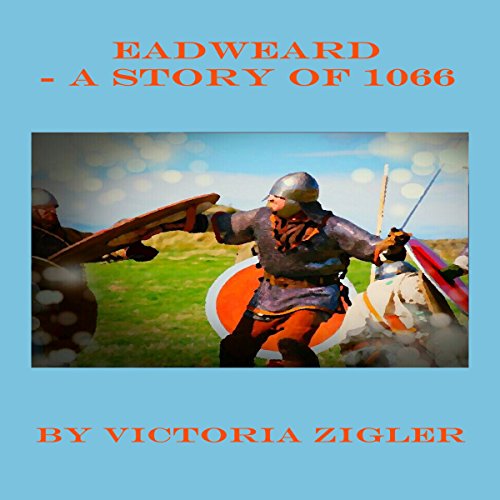 It’s October 14, 1066, and King Harold’s Saxon army is about to go into battle against Duke William’s invading Norman army. Among the ranks of the Saxons are two boys who shouldn’t be there: Eadweard and his best friend, Cerdic. Daydreams of becoming great war heroes had the boys convinced to disobey their Fathers and go to war, despite the possibility of punishment if they were caught.

Now it’s time for the battle to begin, and Eadweard is starting to wish he’d stayed home after all. But it’s too late to turn back now. Eadweard finds himself witnessing the events of the battle that would later be called The Battle Of Hastings and learning how different from his imaginings the reality of war actually is.

Note: This is a work of fiction which is based on actual events. Though this is a children’s story, the recommended listening age for this audiobook is eight to ten, since it is a story that takes place on a battlefield and therefore contains scenes of violence that are not suitable for younger, or more sensitive, listeners.

What listeners say about Eadweard: A Story of 1066

NOT a children's book

Although the story was accurate information about the battle... the story was far too graphic for children. The narrator's performance was distracting because he whistled while he spoke. Every S sound was a whistle. For a book about Saxons and soldiers one can imagine how annoying it was to listen to him read it.