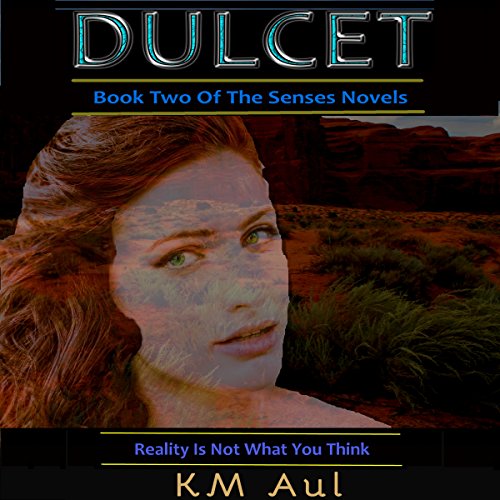 The epic tale of humanity's fight for survival continues.

Time has run out.

The world, the universe you see around you, is not reality. There is a hidden war between good and evil that has waged since the beginning of time. Evil is winning the war. The very existence of humanity is and always has been the focal point and the prize. The prelude to the final battle begins now.

The enemy is pushing on the door into our world. All that stands between life as we know it, and total destruction are six of the most unlikely heroes ever to exist.

Born deaf, her song will change the destiny of our world. Like each of the six heroes that have chosen to stand in defense of our world, Laya has a handicap that has somehow endowed her with a unique talent, an ability far exceeding anything that humanity has ever known.

The Senses Novels continues with Dulcet, where you will meet Laya, a girl with an almost unimaginable power. In this second installment of the Senses Novels series, you will experience Laya's life as she attempts to learn how to deal with an immense ability that she cannot control.

Prepare yourself for an adventure unlike anything you have ever experienced before.

Reality is not what you think.