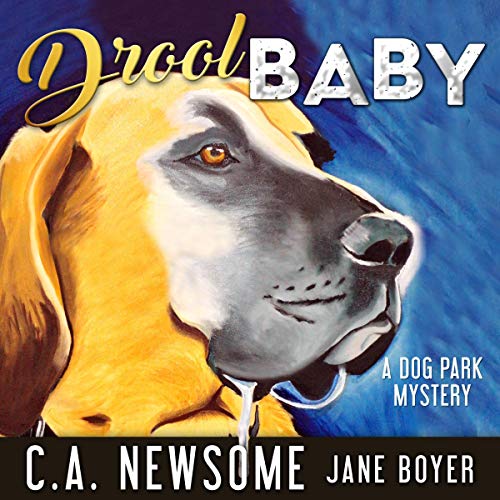 By: C. A. Newsome
Narrated by: Jane Boyer

Artist Lia Anderson is emerging from the trauma of the previous months with a new boyfriend, a new patron with an exciting project, and a new therapist to help her sort everything out. Life at the Mt. Airy Dog Park is returning to normal, and that suits Lia just fine. Then a message delivered by a stranger changes everything, starting her down a path that will ultimately have her fighting for her life.

What listeners say about Drool Baby: A Dog Park Mystery

Enjoyed the book whilst out dog walking.good story and characters. I would recommend this book

Enjoyed the interaction with all the characters. Loved the fact that the dogs were part of the story too.

Love a good mystery! Especially if there are dogs.

Which character – as performed by Jane Boyer – was your favorite?

Peter. I'd almost forgotten how much I loved his character from A Shot in the Bark.

Yes, and I did. I am luck enough to get to listen to audiobooks at my day job, and this one was a great listen.

The plot was good, and the characters were well developed. The narrator did a great job of bringing them to life for me. I felt as though I was right there in the story, helping Lia/Lea and Peter. I remember several characters from book 1, and in my opinion, this book is even better. If you like a good mystery, with a little heat and suspense - and don't forget the furry critters that wag their tails - then you won't be disappointed with this series. Can't wait to dig in to book 3!

A cozy mystery with dogs

The shocking events of earlier in the year are over, and life in and around the dog park is back to normal--more or less. Lia Anderson is getting therapy for the lingering effects of her friend and partner, Bailey, holding a gun to her head and nearly killing her. Terry's leg is healing, if slower than he'd like. Lia herself has a great new commission from Renee for a sun marker and sculpture on her property, and her relationship with the cute police detective, Peter Dourson, is humming along nicely--even if Lia does have some insecurities around relationships, which can be a cause for some friction.

But readers of the first book, A Shot in the Bark, know that there's a serial killer lurking among the dog park regulars, and things can't remain calm for long. When a stranger approaches Jim with some unsettling information from Bailey, now confined to a mental institution until she's competent to stand trial, it starts a chain of events that will kick the serial killer into action again.

Jim, Lia, and Peter begin an unofficial investigation--with Peter warning the others that the perpetrator will be someone they know and like. Lia can't quite believe that, but like Jim and Peter, she pursues the information they're looking for on those around the park. Who other than Bailey is unaccounted for at the times of the murders of Luthor and Catherine? Who has a history that shows the early warning signs of a psychopath? They're learning startlingly personal details about their friends, knowledge that Jim and Lia in particular would rather not know.

Meanwhile, in alternating chapters, we follow the killer, as she makes her plans and responds to those around her. It's a chillingly convincing look inside the mind of a serial killer.

I had an idea who the killer might be while reading the first book. In this one, Newsome continues to keep us guessing, whether it is that character or one other, until nearly the very end.

The characters are well done, the mystery is a good one, and Newsome learned from writing A Shot in the Bark and became a stronger writer for this book.I enjoyed the first; this one is clearly better.

I received a free copy of the audiobook from the author in exchange for an honest review.