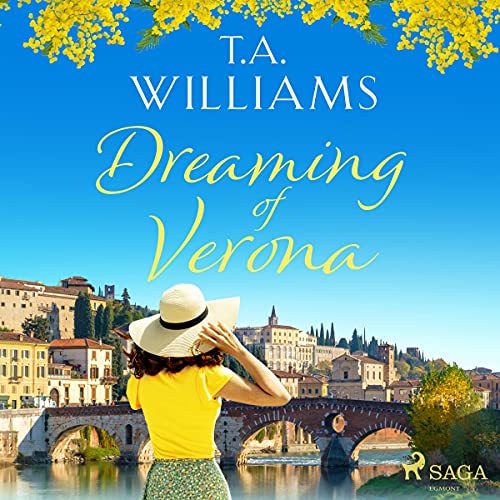 Verona is the City of Love. But will Suzie find romance there or, like Romeo and Juliet, will it all end in tragedy?

When Suzie is hired to accompany spoiled, abrasive Lady Alexandra Tedburn on an all-expenses-paid holiday to Italy, she fears the trip will be a disaster. But she soon discovers there's more to Alex than shopping and tantrums, and she's determined to help her realise her potential - against Alex’s authoritarian father's wishes.

As they settle in Verona, Suzie can't stop thinking about local artist Michael, who is still mourning his wife's tragic death. With Suzie’s future uncertain, and Michael's past holding him back, it seems there’s no hope for romance in the city of star-crossed lovers... or is there?

A gorgeously uplifting and moving story, Dreaming of Verona is the perfect read for fans of Holly Martin, Tilly Tennant and Jenny Oliver.

T.A. Williams lives in Devon with his Italian wife. He was born in England of a Scottish mother and Welsh father. After a degree in modern languages at Nottingham University, he lived and worked in Switzerland, France and Italy, before returning to the UK. He’s taught Arab princes, Brazilian beauty queens and Italian billionaires. He speaks several languages and has travelled extensively. He has eaten snake, still-alive fish, and alligator. A Spanish dog, a Russian bug and a Korean parasite have done their best to eat him in return. His hobby is long-distance cycling, but his passion is writing.

What listeners say about Dreaming of Verona