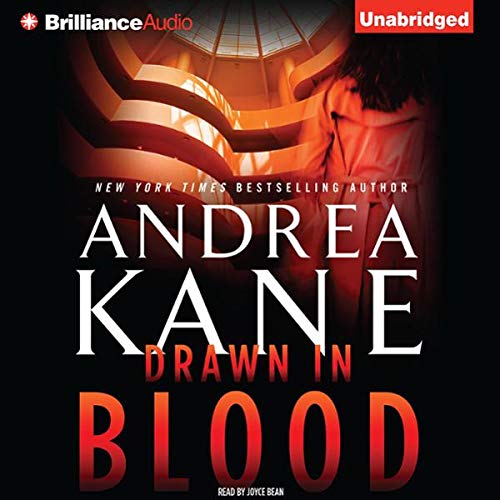 Former FBI Special Agent Sloane Burbank has seen her share of danger. She's faced down a serial killer and survived life-threatening injuries, but she never expected that danger to invade the lives of her family.

Then her mother is viciously attacked in the posh Manhattan apartment her parents share and it quickly becomes clear that this is no ordinary robbery. The thieves were too clever, too knowledgeable, and so obviously after something of her father's. But what could a respected art dealer have done to merit such violence?

When a mysterious message is left for him, Sloane knows her father's in over his head. Determined to find out the truth, Sloane discovers a deadly secret buried in his past that has made him the target of a power-hungry mobster with a lethal agenda and nothing to lose.

Sloane is desperate to save her father, but to do so she must hold on to secrets of her own - especially from FBI Special Agent Derek Parker, the man she has grown to love deeply. She knows she must tell him everything, but how can she betray her father's confidence? Can a couple who's faced so much survive this ultimate test of trust? Will they survive at all?

As the decades-old secret claims the lives of her father's oldest friends and the killer closes in on him, Sloane finds herself in foreign territory: alone, facing escalating personal danger, and hunting a moving target in a world where memories are long and loyalties are drawn in blood.

What listeners say about Drawn in Blood

I enjoyed the unfolding drama and intrigue very much. I would certainly recommend this and look forward to buying more Andrea Kane books.

can't wait for the next installment

absolutely loved it. can't wait for the next installment. narrator is one of the best