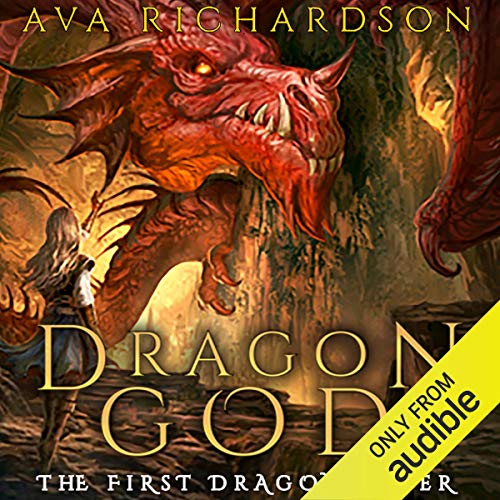 By: Ava Richardson
Narrated by: Tiffany Williams
Try for £0.00

The new world is calling....

Niell Torvald is desperate to prove himself - his father’s kingdom depends on him. When a vicious attack on the way to the Draconis Order monastery nearly kills him, it becomes clear that grave trials await him on this path. Joreth, the wise monk who saves his life, advises caution upon entering the sacred halls. His mission is to learn arcane magic from the monks that will help to cement his father’s power, but Niell will need more than magical arts alone to navigate the challenges before him.

Among the monks’ students, Niell meets the lovely and mysterious Char, who senses evil deep within the ranks of the dragon order’s members. She takes him to a dragon she has raised, Paxala, and the three of them become fast friends. Niell soon grows in strength as he and his fellow students gain ancient knowledge, and his closeness to Char blossoms into something more.

When Niell’s brothers grow impatient and attack the monastery in a bid to seize power, he will have to decide where his loyalties lie: with his warlord father’s domain or the new friends he has made in the wider world.

What listeners say about Dragon God

I really loved this book and everything about i promise you that you will get sucked in once you start I cannot wait for my next monthly credit to listen to the next one.

Even though I recevied a free copy of this audiobook to provide a non-biased review I am now hooked and will be continuing with the series.

I cannot help but say what a fabulous book, I loved it Great story with so much detail in both the characters and the story itself. It's got to be in my top ten books on audible, and believe me I have a lot.
It ticked my boxes,
Tiffany Williams was fantastic with all the characters 😊 Also with the story. Really well done.
I've reviewed this highly because as I have said. It ticked all my boxes.
Definitely recommended

A Great Start to a Magical Series!

The story centred on a young lad of 16, Neill who is the third son of a Warlord in the middle kingdom, because he is also a bastard he has been picked on by his older brothers all his life. His father loves him dearly, but he has always felt ashamed all his life.
When the Draconis order Monastery calls for the three Kingdoms young people to be sent for training. Neill Torvalds is sent by his father to find the Draconis magic secrets to help his father.
When he arrives, he finds he is not treated any better, but meets char who has looked after dragon from an egg. Paxala and Char become very good friends to Neill. This is the first book in a new magical series.
The narration was superb with all the different voices, it brought to life a magical world where miracles could still happen to those who believe.

Would you recommend Dragon God to your friends? Why or why not?

Did Dragon God inspire you to do anything?

All in all, it was worth a listen to, the narrator did a reasonable job with the character voices and story telling, and the overall story was pretty good, but I found it a little too easy a listen, a little too much young in the YA for my taste.
The characters all felt a bit too naive and no where near as cunning as they thought they were and sometimes I couldn’t follow the logic of why some of them would do some of those things when no reasonable person would!?
After having taken the time to finish it though, I’d be very interested in seeing where the story is taken from here and would probably finish the series!
I listened to the story on X1.25 speed and it didn’t lose any appeal or quality.
This is an unbiased review of a free review copy.

They are not from Pern! Sweetness abounds

I love fantasy, most of my collection consists of some sci-fi, pulp, horror, and then the bulk is made up of fantasy. Dragons rule fantasy, just look at the number of films out there about dragons, and all the books about dragons. That is generally enough to turn me off from a book, if it is about dragons, that is. So few people get dragons right. Dragonslayer is one of the best movies I've ever seen with dragons, and Draonlance is perhaps the (the 1st three books) best set of novels I rever read about dragons. Occasionally, a good one slips in like Hood's Familiar Dragon trilogy.

Dragon God hits the mark. I will say I didn't expect a Young Adult book when I started listening, but since I listen while I drive both my kids and I got a pleasant surprise. DG has some great characters, and the plot sizzles. It is a fun ride and my youngest said that the monestary made him think of Hogwarts for dragons. I'm not a Harry Potter fan, but I get wherehe is coming from. The story could grow just like HP did.

Wiliams does a fine job narrating, and she drags you right into the action. For a first book in a series it sure makes you want more. May I have some more, please?

Am not a big fan of books about dragons and such, but I have to admit that this one kept me totally entertained and needing to hear what would happen next. It had a seamless flow to it and very easy to understand without leaving you confused. The author did an excellent job writing this and the narrator did an excellent job telling it. A great novel for the young readers who like stories like this one.

Getting sent to learn the secrets of a monastery doesn't sound like a lot of fun and it doesn't sound dangerous. It turns out to be the exact opposite. There is adventure and magic mixed up with dragons in this book. I enjoyed this book a lot. I will have to be on the lookout for the next book to come out because it was a great story and the narration was wonderful too. If you like dragons and fantasy, pick up this book.

I thought this was a pretty good book. It is definitely geared towards a younger audience, but I thought it was still pretty good. I thought the narrator was good too. Tiffany Williams' voice was rich and dynamic and helped bring the story to life. I would have liked a little more background to some parts, like the dragons, but I'm sure there will be in future books in the series.

I received this audio book for free in exchange for my honest review. This is an excellent and well written story with top notch narration that will keep you enthralled till the very end.

Too many thing's didn't make sense

Everyone makes stupid tactical mistakes, just to make the story "better". To avoid spoilers while making my point, I will tell an unrelated, and highly exaggerated story. "A sword wielding knight in armor is trapped in an ally by a thug with a stone shank. The hero walks in with a feather duster, and the thug backs off in fear. Seeing this, the hero turns their un-protected back on the thug to help the knight to his feet. The thug steps forward again and stabs the hero in the back, cleverly ignoring the knight's now drawn sword, which surprisingly stabs the thug a moment later." For me, this book invoked the same "um... why?" response as this story.

From the beginning. I don't want to give any part away. Loved every bit. Thank you, Ava, you did it again!

This book was a nice little adventure with some magic and dragons definitely built towards a younger audience but can easy be enjoyed and any age. If you like dragons or fantasy then it's worth a shot and Williams does a great job in this one.

I received this audiobook as a gift in exchange for my honest review.

Too much talking and not enough story line. I got this book because audible suggested it after reading all of the Eragon books. I loved Eragon, this? Not so much. I guess I'll read number 2 and see how it is.