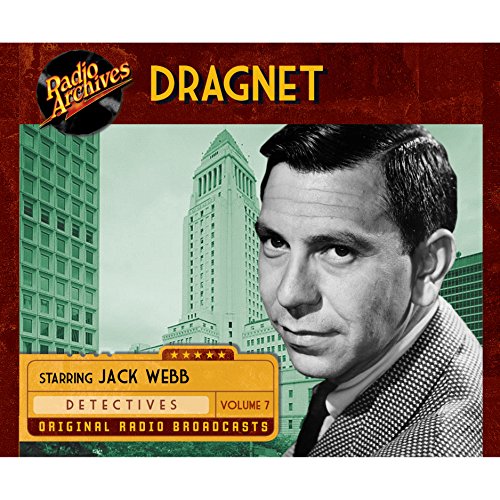 By: Jack Webb
Narrated by: full cast,Jack Webb
Try for £0.00

Police procedurals go back long before Dragnet's 1949 premiere - with an especially strong heritage in Los Angeles. Private Investigator Nick Harris presented dramatizations drawn from his own true-life case files as far back as the 1920s, and the Los Angeles Police Department itself collaborated closely with Don Lee Network producer William N. Robson for the long-running 1930s series Calling All Cars. But these formats fell from favor by the 1940s, with the advent of the "hard-boiled dick" genre of crime programs. An ordinary policeman just doing his job had little chance against the legions of smart-mouthed gumshoes parading across the ether during the postwar years.

What listeners say about Dragnet, Volume 7