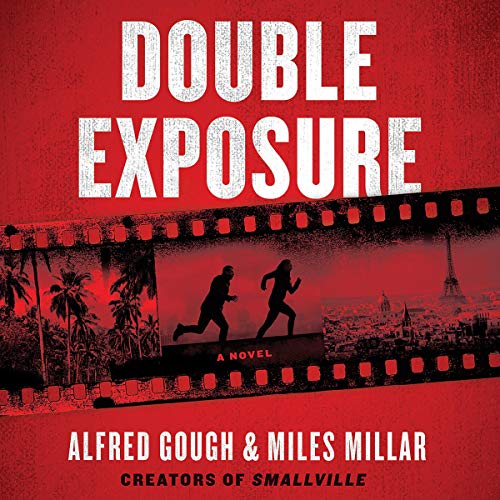 From the creators of Smallville comes an action-packed debut thriller about a war veteran and CIA officer in the 1960s swept up into a global conspiracy that may prove Hitler is still alive.

David Toland, a decorated Korean War veteran, has done all he can to leave a life of combat behind. Now director of preservation for the Library of Congress's National Film Archive, Toland has made it his mission to preserve what he loves most: the Golden Age of American cinema, moving pictures full of romance, adventure, and American dream. That is, until CIA Agent Lana Welles drops in unannounced with a film canister, smuggled over the Berlin Wall at great cost, that may prove WWII never really ended - it just went underground.

David reluctantly agrees to serve his country one last time and help recover the film for Lana and the CIA. But it seems not everyone is as eager as they are to dig up the past. David and Lana's discovery awakens shadowy forces who will do anything to keep their findings a secret. In search of the truth, David and Lana find themselves pursued across the globe in a cat and mouse game with enormous, world-altering consequences.

"Double Exposure should come with a warning label: Once you start reading you'll do nothing else until it ends. It's everything anyone could want in a thriller - a protagonist fleeing his heroic past, a female CIA agent with inexplicable skills, a desperate globe-spanning chase, and the ultimate villain. More, please!" (Joseph Finder, New York Times best-selling author of Judgment)

"Gough and Millar bring their world-class storytelling chops to a rocket of a first novel. With a premise worthy of Hitchcock, Double Exposure is a globetrotting adventure, a what-if pretzel of a historical tale, and a twisty piece of fine suspense. Hang on tight or this one will buck you right off the ride." (Gregg Hurwitz, New York Times best-selling author of the Orphan X series)

"Take your favorite classic film that's filled with adventure and romance, translate it to the page, add a side order of lean, flexing prose, and you'll end up with Alfred Gough and Miles Millar's debut novel. This one's got history, exotic locales, and plenty of twists - Double Exposure is a triple feature." (Brad Meltzer, number one New York Times best-selling author of The Escape Artist and The First Conspiracy)

Since this title came to me as a recommendation from one of the authors that I thoroughly enjoy reading/listening to; I jumped at the opportunity to "discover" a new thriller avenue..