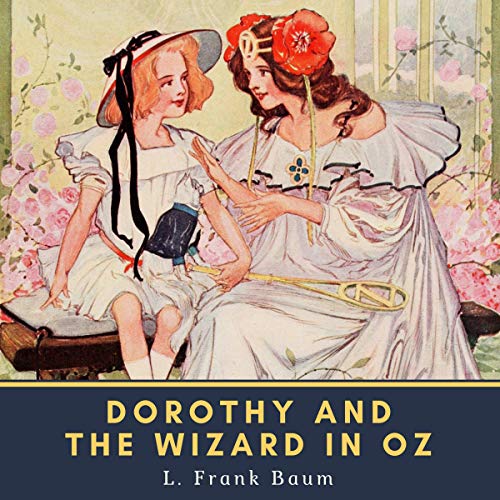 Dorothy and the Wizard in Oz

Dorothy and the Wizard in Oz is the fourth book set in the Land of Oz written by L. Frank Baum. It was published on June 18, 1908 and reunites Dorothy with the humbug Wizard from The Wonderful Wizard of Oz (1900).

Baum, having resigned himself to writing a series of Oz books, set up elements of this book in the prior Ozma of Oz (1907). He was not entirely pleased with this, as the introduction to Dorothy and the Wizard of Oz opens with the protest that he knows many tales of many lands, and hoped that children would permit him to tell them those tales.

Written shortly after the 1906 San Francisco earthquake and around the time Baum moved to California, the book starts with an earthquake in California. Dorothy and others are swallowed up by cracks in the earth, and fall into an underground cavern, where they begin their adventures.

What listeners say about Dorothy and the Wizard in Oz