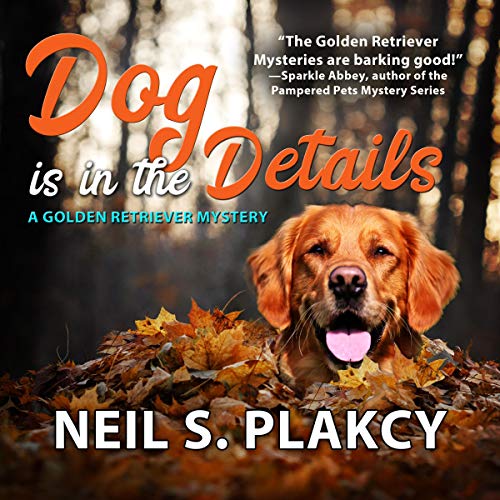 Dog Is in the Details

Dog Is in the Details

When a young man suffering from mental illness disrupts the blessing of the animals at Steve Levitan's synagogue, he and his golden retriever Rochester are launched into an investigation that will take Steve back into the past of his family, his congregation, and the Jewish population of the city where he was born.

In the 8th book of the golden retriever mysteries, Steve and Rochester nose out suspects and dig up clues to present-day crimes - and ones in the past that still influence the living. From the rabbi's Talmud study group to a homeless shelter in Trenton, our two intrepid sleuths are on the trail of someone with deep secrets, and the will to kill to protect them.

What listeners say about Dog Is in the Details

Loved the other books in this series, this one fell short. Rochester is barely mentioned and the story is over complicated for no reason.

An incredible new direction for Steve, Rochester, Lily, and Rick. In this refreshing whodunit, Steve delves in his religion and history. It’s educational and captivating. Mr Plakcy continues to branch into newer territories to keep the series fresh and standing apart from others. Steve continues to grow and gets stronger with his addiction. I’m anxiously waiting for more - I only have one left to listen :(

This is one of my favorite series about dogs. I love how Rochester gets his human in and out of trouble. I love this series and look forward to the next book.