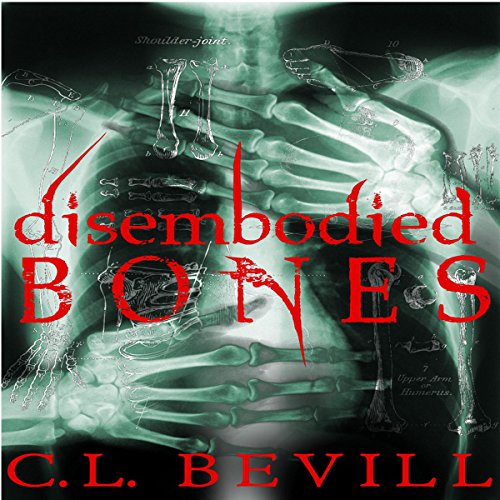 Leonie Simoneaud was once one of the elusive Lake People - Acadian descendants in Louisiana with odd psychic powers. As a 13-year-old, she rescued an outsider child, Douglas Trent, from a maniacal pedophile named Monroe Whitechapel. Consequently, she was shunned by most of the Lake People for exposing them to the external world. As an adult, she lives elsewhere, an owner of an antique store in a quaint Texas town: Buffalo Creek. However, she doesn't know that she has been targeted by another madman for a reason that has everything to do with her rescue of Douglas. Her friends are under attack, and her psychic powers have been revealed to the people of Buffalo Creek. A child has been kidnapped, and a backpack with a riddle inside was left on Leonie's porch. However, only Douglas and Leonie know that Monroe Whitechapel used riddles to taunt his many victims - and Leonie killed Whitechapel when she saved Douglas. It will take every drop of determination inside Leonie to unravel the mystery, and she will learn a desperate truth about a psychotic man she killed 20 years before.

Even better than the first book

I really enjoyed book one of the lake people series, and wondered how this book would continue the story and if it would be as good as the previous novel. Well to cut a long story short, I thought it was better than the first book, the story was not a continuation of the first novel, but was about other people from the same uniquely special community, so it was linked, I am guessing the rest of the series may follow the same pattern.

As with the previous book the narrator has a very strong southern American accent, the words are very long and drawn, I was listening to it through Audible so just increased the play speed up to 1.35, this made a massive difference to me.

The lake people are very gifted, not only do they have unique golden eyes and dark hair they are telepathic communicators,  they do not like outsiders and stick to their own community.

Little 13 year old Leonie Simoneaud  gift is just developing, but she is damaged and her gift does not work properly. Leonie is just learning she can find lost things, but they need to be really loved and missed for her to be able to find them. This coincides with the abduction of a little boy. Leonie sets out to rescue him from a ruthless twisted paedophile, but little does Leonie know there is a second child  whom she leaves behind.

Years later the story resumes, the child that was left behind is set on revenge and systematically sets out to destroy Leonie, he is going to take her life to pieces, will she survive? well you will have to read or listen to the story to find out, but I can tell you  it is gripping,  right until the very end.

So know I am left wondering what is going to happen in book 3, whom we are going to meet and if the author will be able to surpass this book.

Finally a massive thank you to Melanie Preston and C.L Bevill for giving me the opportunity to listen to and review this book.

My first encounter with C L Bevill and the Lake People and a most enjoyable book.
A little slowly narrated but this does mean you don't miss a bit. Love the riddles, plot and characters you can imagine in your own town.

Get past the narration and the story is wonderful

From this lovely writer comes the second in the Lake People series. What is great about this series is you can jump into this second book without listening to the first if you choose. Aside from a reference to the first book in the last part this is a whole new adventure to follow.

The book blurb tells you what you need to know about Leonie; a spitfire teenager. So without giving too much away prepare to be drawn into the lives of the Lake People again with their psychic powers and buckets of determination.

The narrator is a very talented lady, although the accent again is quite thick and hard to get into pace with and can be off putting. So speed up or slow down the narration if you need but do give this a listen as the story itself is very compelling. Let the Lake People cast their spell on you.

This is the second in the Lake People series although I don't think it matters much if you haven't read the first. The end is the only bit where the earlier story is connected.
This book tells us about Leonie, who as a 13 year old, from the Lake People community, just coming into her unusual ability rescues a young boy, an outsider, from a paedophile. There were repercussions for her as she put the clan at risk of exposure. Now she lives outside her community, selling antiques in the Texas town of Buffalo Creek. and incidents start to happen to her friends, that link back to that time in her childhood.
This story, being set in a different location and outside the clan wasn't what I was expecting but was a good read, engaging, enough turns and unknowns to keep my interest and even though the perpetrator is fairly easy to guess it still works.
The production issues were fewer in this book compared to the first but there were still some..
The narration was generally good.

I was given this free review copy audio book at my request and have voluntarily left this review. Disembodied Bones is the second book in the Lake People series, but it can be read as a standalone. Loved the 2nd book, just as good as the 1st. C.L. Bevill does another fabulous job with this story and characters. Keep you on the edge of your seat, with a little bit of romance. Love the narrator Melanie Crawley she does a great job with the characters and story, brings everything to life. Highly recommend.

when i began listening to this book i was pretty sure that i want going to be able to get thru the first 2 chapters due to the narrators voice, it’s very🤔......different, but the more i listened the more invested i became in the story and what was going to happen next, and to be honest i actual started to enjoy the narrators voice. lol. i normally don’t read/listen to books in this genre but i thought i’d give it a try and i was surprised how much i really did enjoy it. the only thing that made it difficult at times, was the fact that i did not read/listen to the 1st book in the series which, btw, i will remedy since i’ve already bought.😁just goes to show ya that even tho a book is outside your comfort zone doesn’t mean you won’t be surprised to find out that you actually enjoyed it. so, to all of my fellow readers/listeners get out there and grab a book that isn’t your norm, you might be surprised too.

Leonie is smart and compassionate heroine with a supernatural (?), metaphysical(?) ability to find missing children. According to this story's lore, the special gift is passed genetically within a small, mysterious community in Louisiana.

The author skillfully blends mystery, lore, and a bit of romance in an imaginative and digestible storyline. The heroine's tale unfolds as she risks her life and familial bonds to attempt rescue of abducted children.

I like this book because the supernatural/metaphysical element is interesting and because it blends well with the mystery and challenge facing the heroine and her compatriots.