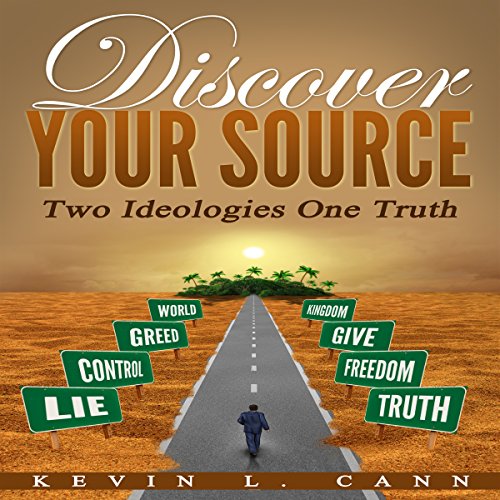 In 2017 America inaugurated the 45th president of the United States, Donald J. Trump, an outsider to the White House.The battle now begins between the two systems of the world. The first system is the man-made system of the world. It is based upon selfishness, greed, and deception. The second system is the Kingdom system. It is based upon loving, giving, and the truth. This book will help you understand the battle that is to come and the reason it will be won by the ideology of truth.

What listeners say about Discover Your Source: Two Ideologies One Truth

This audiobook is a great reminder of the simplest things that we often don’t pay attention to. It was intriguing to know the difference between final why and intermediate why. Though the audiobook raises enough motivation, but also supports the argument based on author’s research on the subject. Already bought copy for my younger brother. I’m sure he will love it.

What an excellent audiobook

Kevin was warm, friendly, engaging and his audiobook very informative and helpful in helping me on my path and journey to understanding why I do what I do and what my life purpose is. It quick read and I'm glad to say a valuable one. Thank you Kevin.

A helpful listen. I’ve yet gone through half of it and loving it. Will post my full review after listen this full. But so far this is great.

This audiobook came to me right in the week when I was facing a crisis. It was enlightenment for me. Thanks Kevin! I will write you when I completely achieve the beginning of my life in purpose... Regardless i find i started so long ago and now it's time to action.

It’s like the author guessed all my jumbled questions and answered them in the form of this audiobook... Loved it!!