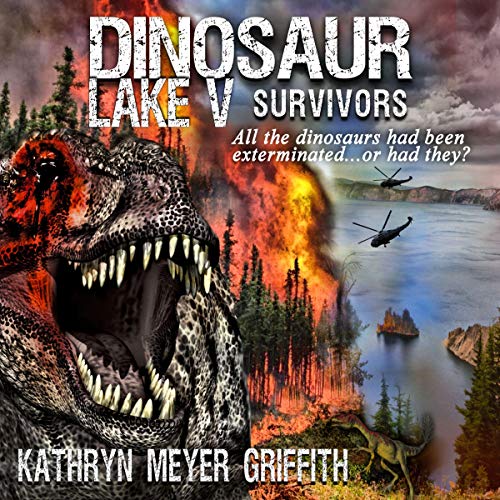 The predator dinosaurs, amphibious, land-crawlers, air flyers, small and large, were dead - dead in all the forests, mountains, deserts, towns, and cities of America and across the planet. They were still hunted, sought, and exterminated when found, and these rogue beasts were becoming rarer every day. The humans' dinosaur killing serum and extermination practices had worked far better than anyone had prayed, and they had eventually freed the planet of its primordial scourge.

The Earth belonged to the humans once more, and all its lands were safe - or so the world, Henry Shore, former Chief Park Ranger at Crater Lake National Park, and his wife, Ann, had believed...until one day, years later, two new dinosaurs, craftier than any the Earth had ever seen, appeared. One of them was benevolent, a friend to mankind, and the other was not. It was blood-thirsty, eerily intelligent, and unbelievably vengeful. This dinosaur wouldn’t be so easy to kill.

I have enjoyed this entire series. I love our national parks and it’s fun to think that there is a a good dinosaur playing around there. Ha ha. I hope this is not the end.

I loved it. the whole series was exciting and action packed from beginning to end. I love the narrators voice, the perfect person to read books aloud.

I feel like this book was rushed or written as an afterthought. No good story plot. characters all over the place. introduced new tantalizing subject but the left it hanging.