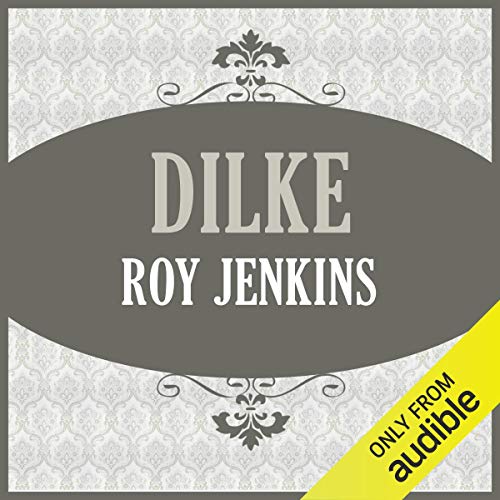 Sir Charles Dilke was born in 1843 and died in 1911. His career is one of the mysteries and tragedies of 19th-century history. In the summer of 1885 he was the youngest man in the outgoing cabinet and Gladstone's most likely successor as leader of the Liberal party.

But his great expectations were shattered when in July 1885 Donald Crawford, a Liberal candidate, began divorce proceedings against his 22-year-old wife, citing Dilke as co-respondent. There were two hearings, during the second of which Mrs Crawford made the most sensational allegations and in the end Dilke lost. He maintained his innocence to his dying day and despite his public disgrace there were many who believed him.

First published in 1958, Dilke is a story with a climax as exciting as it is mysterious and which bears continuing relevance to the private lives of public figures.

Elected to Parliament as a Labour member in 1948, Roy Jenkins (1920- 2003) served in several major posts in Harold Wilson's first government and as home secretary from 1965-1967. In 1987, Jenkins was elected to succeed Harold Macmillan as chancellor of the University of Oxford, following the latter's death, a position he held until his death. Jenkins grew to political maturity during the twilight of a great age of British parliamentary democracy. As much as Churchill, though in quite a different way, Jenkins has been from the cradle a creature of the system that nurtured Palmerston and Disraeli, Gladstone, Asquith, and Lloyd George.

What listeners say about Dilke