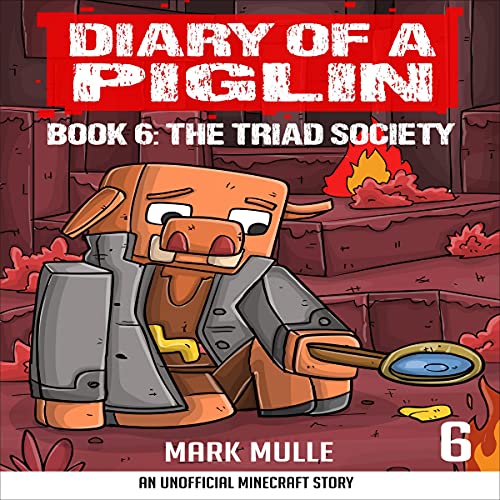 Diary of a Piglin, Book 6

The Triad Bastion might have been destroyed by Calvin, Professor Johansson, and Beatriz, but Calvin will soon discover that there is a secret criminal organization that works relentlessly to avenge the fall of the Triad Bastion - the Triad Society!

One of the Triad Society members was a police officer in disguise, whose plan failed when Calvin and Peter warned everyone in Minerland about his evil plot.

The other Triad Society members are now plotting to attack Minerland again, and they are threatening the detectives to stay off their path. If they don’t, the Triad Society will bring chaos upon Crimson City.

Will Detective Calvin and Peter concede to the evil plea of the Triad Society? How can they stay one step ahead of this criminal organization and prevent them from causing any harm to both Crimson City and Minerland?

This unofficial Minecraft audiobook is not authorized, endorsed, or sponsored by Microsoft Corp., Mojang AB, Notch Development AB, or any other person or entity owning or controlling the rights of the Minecraft name, trademark, or copyrights. All characters, names, places, and other aspects of the game described herein are trademarked and owned by their respective owners. Minecraft®/ /TM & ©2009-2016 Mojang/Notch.

What listeners say about Diary of a Piglin, Book 6