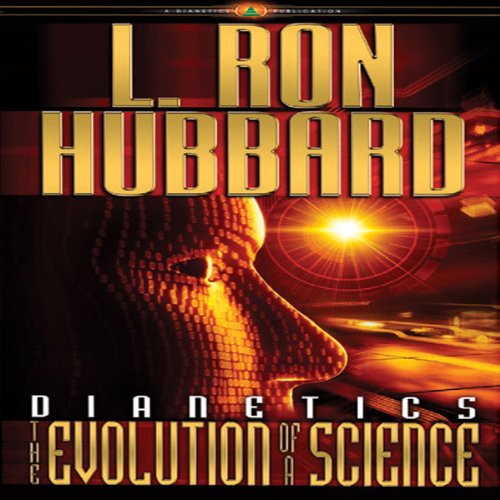 The Evolution of a Science
By: L. Ron Hubbard
Narrated by: Lloyd Sherr
Length: 2 hrs and 8 mins
Categories: Health & Personal Development, General
3 out of 5 stars 3.0 (6 ratings)

Dianetics: The Evolution of a Science is L. Ron Hubbard's own story revealing how he arrived at his discovery of the Reactive Mind that underlies and enslaves Man.

Written to coincide with the release of Dianetics: The Modern Science of Mental Health, Evolution of a Science was originally published as a book-length feature in a national magazine. The issue sold out within days, triggering thousands of letters and creating a storm of interest that grew into a worldwide phenomenon.

That's why Evolution of a Science is the story of the greatest adventure of all - the exploration that discovered the Reactive Mind and the technology to conquer it. He wrote it so you would know.

bunch of words piled together by a paranoid schizo

anyone deriving healing from this book is in dire need of lithium injections. there are no metrics presented, yet the author refers to many different units...many times in the same sentence. if it seems confusing, it's because it is written by someone who was very confused and obviously paranoid. This book is nothing more than a madman trying to treat himself by fanticising about hurting or torturing others. There is zero science in any of the ramblings of this author. I only wish I could get back both my money and time.

Inspired me to write my own book if this garbage got published and followed my millions. Yikes. He honestly sounds like a crazy person.